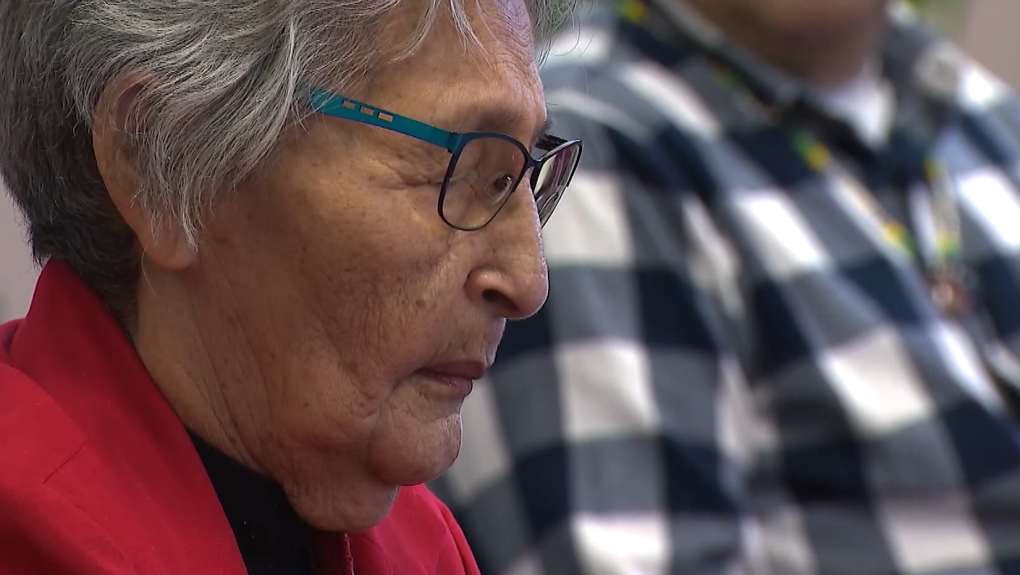 For 85-year-old Metis Elder Angie Crerar, a face-to-face meeting with Pope Francis is about much more than her own experience in a Canadian residential school.

“It’s something we’ve waited for, for over 150 years. It’s time. Our children have had enough,” she said Thursday in Edmonton.

“I can’t tell you how important it is for us that we reached the Pope. Our children deserve to have peace.”

Crerar is part of a delegation that will travel to the Vatican this month to meet with the Pope, seeking truth and reconciliation on residential schools.

About 25 people will be on the trip, including three Albertans.

While a prime minister and other church leaders have apologized for residential schools, the leader of the Catholic Church has not.

“Yes, they received other gifts of learning, but also recognizing that their language and culture sometimes was suppressed,” said Bishop William McGrattan from the Roman Catholic Diocese of Calgary.

“We do recognize there was an impact and a devastation on that generation, and that currently in our own education system that we make sure that our students understand that.”

AN APOLOGY IS ‘IN THE HANDS OF GOD’: BISHOP

After the Canadian delegation returns, Pope Francis is expected to travel to Canada.

But it’s not clear if he will apologize publicly or not.

“Those words that we’ve been looking for, for a long time. You know, and those words are quite simple on paper, easy to write out, but they’re hard to say,” Delegate Gary Gagnon said.

Survivors across the country are demanding more than an apology. Some are pushing for a full release of church documents and monetary reparations to survivors and their families.

McGrattan acknowledged a $30 million agreement to make reparations, but he didn’t explain why that hasn’t all been paid yet.

He pointed out that Canadian bishops have apologized to residential school survivors.

To Crerar, atonement is only possible with a full accounting of the truth.

“We always had faith. And we never gave up, and we never ever, ever will,” she said.