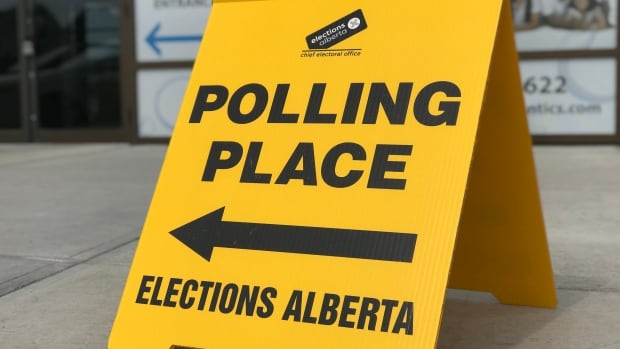 Elections Alberta says it was improper — but not partisan — when an employee posted testy Twitter responses to concerned citizens on municipal election day.

Some MLAs say the now-deleted social media posts damaged the office’s credibility, and Elections Alberta should be more transparent about the consequences for the employee responsible.

Yao urged him to reconsider, saying that his Fort McMurray-Wood Buffalo constituents are questioning the agency’s impartiality after the fracas.

Some of the tweets targeted at Andrew Leach, a University of Alberta economics professor, appeared partisan, he added.

The referendums were about Canada’s commitment to the principle of making equalization transfers, and whether Alberta should adopt daylight saving time year round.

In the end, the constitutional question about equalization passed, and the daylight saving question failed.

But earlier that day, Western Standard publisher and former MLA Derek Fildebrandt posted a picture of a referendum ballot encouraging people to vote “yes” on the equalization question.

Several users flagged the tweet to Elections Alberta. The person running the account argued with users about who was responsible for enforcing the law.

The account told Leach — who, along with other citizens, had tweeted at Elections Alberta’s official account leading up to and on civic election day — to “move on,” and asked another user, “What’s the issue here?”

Steve Kaye, Elections Alberta’s director of compliance and investigations, opened an investigation. As part of the investigation, they reviewed 3,198 tweets dating back to 2012, looked at 250 exhibits and interviewed 12 people, Kaye said.

The employee in charge of social media respond to people without prior approval, and breached policies and codes of conduct, he said.

By mid-afternoon, senior managers had changed the Twitter account passwords and issued an apology. Some of the tweets were later deleted.

“While I appreciate the quick action that my office took to respond to this incident, this should never have happened,” Resler told the committee Friday.

“This individual exercised poor judgment while on social media and their conduct was unacceptable.”

Unfortunately, one of our staff at Elections Alberta was unprofessional in responding on Twitter today. We sincerely apologize for that. Albertans have the right to expect Elections Alberta to always remain unbiased and respectful in the election process.

MLAs also questioned Elections Alberta officials on the accuracy of the information it published leading up to the referendums.

Some academics have said its descriptions of the equalization question included in a household mailer and the website were incorrect.

The final wording was not approved by experts, said acting deputy chief electoral officer Pamela Renwick. But she stood by the material.

The committee approved more funding for Elections Alberta Friday, after Resler said staff are having trouble keeping up with their growing mandate.

The agency is tasked with overseeing referendums, senate elections, and will handle recall and citizen policy petitions once those laws are enacted. The UCP government has also amended election and financing laws multiple times, with more changes before the legislature now.

“We have reached a point that our staff are spread too thin, and we can no longer absorb these changes within our structure,” Resler said.

Resler said Elections B.C., which has a similar mandate, has 70 employees. Elections Alberta has 32.

The next provincial election is set for spring 2023.