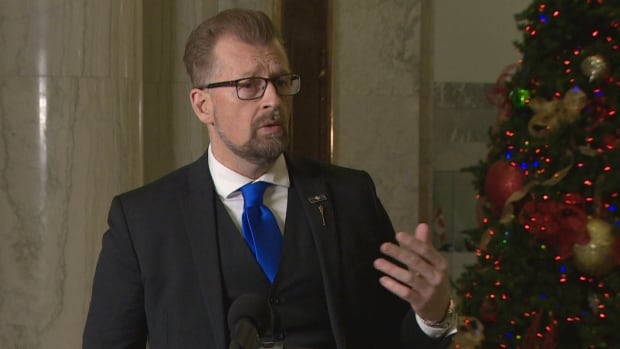 Alberta’s United Conservative government is proposing a committee of MLAs examine the pros and cons of offering clean versions of opioids and other addictive substances to people who are dependent on them.

The government plans to introduce a motion setting up the select special committee on safe supply in the legislature on Tuesday.

“I want to look at objective evidence so both for and against,” Mike Ellis, associate minister of mental health and addictions, said to reporters at the Alberta legislature on Monday. “I want evidence to be presented at this committee, and I look forward to seeing their findings.”

Alberta Health reported 1,026 Albertans died from drug poisonings between January and August of 2021.

Many users die after unknowingly consuming drugs laced with fentanyl, carfentanil and other poisonous substances.

Safe supply is a harm reduction policy that provides clean versions of drugs in an effort to keep people alive so they can seek treatment when they are willing and able.

Although advocates say harm reduction is a critical step in preventing fatal drug poisonings, the UCP government has been hostile toward measures such as supervised consumption sites, preferring to focus most of its efforts on funding and increasing recovery services.

The words chosen by Ellis on Monday indicate the government isn’t entirely onside with safe supply either. He quoted a doctor who said he is concerned that safe supply would trigger a future crisis, just as the use of Oxycontin triggered the current opioid epidemic.

“Comments like this are gravely concerning to our government, not to mention other concerns raised by medical professionals regarding a lack of evidence to support widespread government distribution of narcotic drugs like opioids, cocaine, methamphetamine,” Ellis said. “Concerns about diversion to those who don’t use opioids and increased addiction rates, risks of relapse and other severe health harms.”

Alberta NDP Leader Rachel Notley said a committee to look at safe supply is a good idea if the government is acting in good faith and not engaging in “cynical political game-playing.”

“What’s not helpful is a UCP government that suggests that safe supply is some nefarious attempt to simply randomly hand out drugs to Albertans,” she said.

The NDP MLAs proposed for the committee are Richard Feehan of Edmonton-Rutherford, Nicole Goehring of Edmonton-Castle Downs, Heather Sweet of Edmonton-Manning and Lori Sigurdson of Edmonton-Riverview. Sigurdson is the NDP critic for mental health and addictions.

The committee will be required to submit a report with recommendations by the end of April.