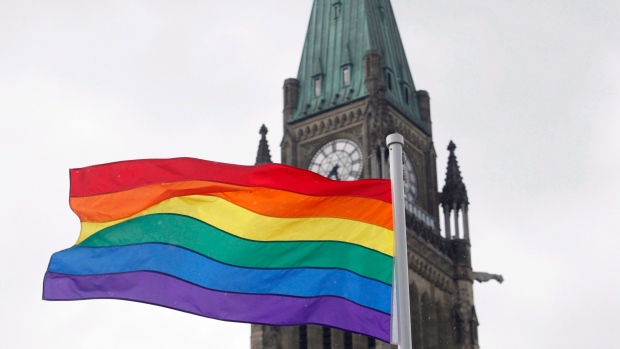 OTTAWA — Conversion therapy will soon be banned across Canada, after the Senate agreed to the expedited passage of Bill C-4 on Tuesday.

After multiple attempts to pass legislation banning the harmful practice failed in recent years, the bill has now cleared both the House of Commons and Senate without changes, in just over a week. Once it receives royal assent, the bill will become law.

“I think we have to get to the reflex in this institution, that when something is in the universal interest, public interest, that we should not create unnecessary duplication and engage into unnecessary debates,” Housakos said, adding that politicians should also not be using legislation to divide or as a political tool.

Bill C-4 proposes to eliminate the harmful practice in Canada for all ages, through four new Criminal Code offences. It includes wider-reaching vocabulary of what constitutes conversion therapy than what the federal government attempted to pass in the last Parliament.

These practices can take various forms, including counselling and behavioural modification, and they have been opposed by numerous health and human rights groups.

The previous version of this bill was held up in the Senate at the end of the 43rd Parliament and died when the federal election was called. At the time, Conservative Senators expressed concerns about the bill and said it merited a fulsome study in the fall.

After campaigning on the promise to re-introduce this legislation within the first 100 days of a new mandate, Justice Minister David Lametti tabled the reworked bill on Nov. 29.

That day the government vowed to the LGBTQ2S+ community that this time would be different, voicing optimism in cross-party support after both the Conservatives and New Democrats pledged in the last campaign to also pass the bill if elected.

During an emotional post-passage press conference in the House last week alongside several of his colleagues, Lametti had said he’d be working closely with the bill’s sponsor, Sen. Rene Cormier, to see the bill cross the finish line. Expecting the Senate would want to take on a more fulsome study, the government was asking that it be mindful of not re-traumatizing survivors of conversion therapy who have previously testified about the impacts being subjected to it has had on their lives.