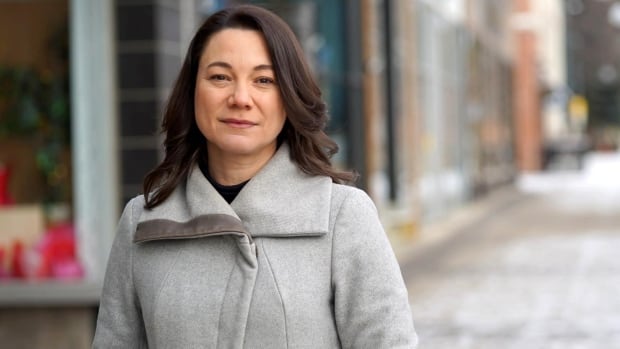 A lawyer for Alberta NDP MLA Shannon Phillips told the Law Enforcement Review Board Tuesday that a Lethbridge police officer who was demoted for unlawfully surveilling her and an associate should lose his job.

Last year, two officers were temporarily demoted after a review determined that they had watched and photographed Phillips at a diner in 2017. She was the province’s environment minister at the time.

The officers involved were concerned about changes Phillips was making regarding off-highway vehicles at nearby wilderness areas. One ran a licence plate check on a man that Phillips met with.

One of the officers has since resigned while the other is still under a temporary demotion in rank. Phillips is appealing the decision to temporarily demote the one officer.

Michael Bates, who represents Phillips, said the case raises Charter issues, especially Section 8, which protects against unreasonable search and seizure. He said the sanctions against the remaining officer should be much harsher.

“Our first request is that would be termination. Our second request is if you accept the argument that it’s not available for a presiding officer to do a temporary demotion then you would simply make that demotion permanent,” Bates said.

“We are not seeking an outcome where the board would see that it would be necessary to conduct an entire new hearing.”

Bates said from the perspective of police discipline it is unacceptable for officers to make personal, non-law enforcement secret searches of databases.

“There are certain lines that should be ones you cannot cross and again, what are we asking here? All we need is to simply say no more. Follow the law is all we have to say.”

Edmonton lawyer Dan Scott, who represents the officer, said his client has taken responsibility for his mistake and the sanctions fall within a reasonable range that is allowed.

“Reduction in rank is one. Maybe dismissal is another,” said Scott.

“If it had gone to hearing and there had not been an acceptance of responsibility … that may have been an aggravating factor.”

The lawyer representing the Lethbridge Police Service said the case may not have been handled perfectly but it was dealt with quickly and the sanctions were fair.

“We would suggest is still thoughtful, reasoned, thorough and intelligible. Within a range of reasonable outcomes,” said Lee Cutforth.

“I don’t think anyone disputes the misconduct. No one excuses it and no one is trying to minimize it.”

The board reserved its decision.