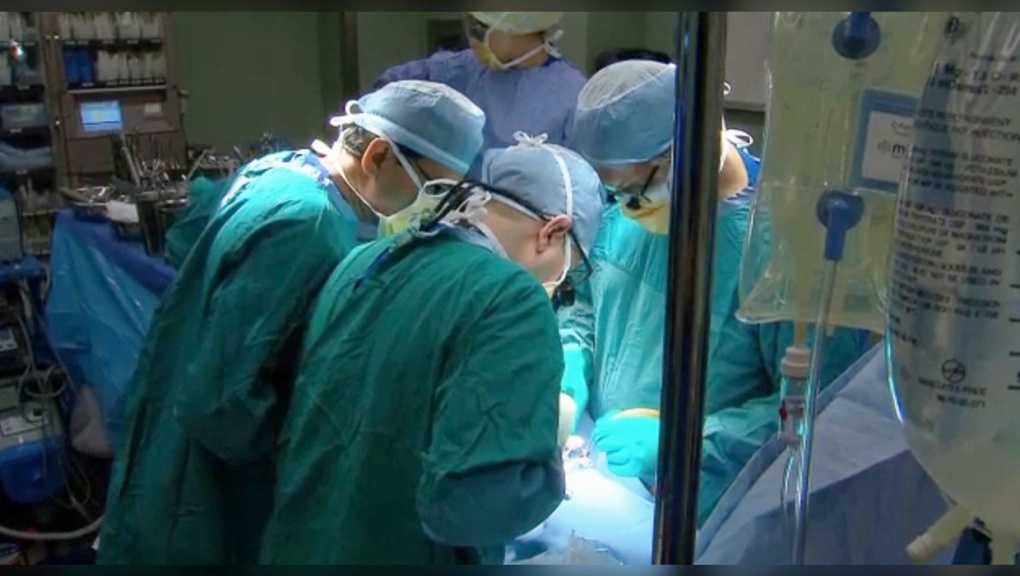 For nearly two years, Canadians have been hearing about the ripple effects from the COVID-19 pandemic on the country’s health-care system.

The Canadian Institute for Health Information has now released new data outlining alarming trends in Alberta and across the country.

It’s not a pretty picture, especially regarding surgery delays and cancellations.

The report, which captures the first 16 months of the pandemic, shows that hospitals in Alberta performed an average of 2,800 fewer surgeries per month compared to pre-pandemic levels.

The report shows that April 2020 saw the most drastic decline in Alberta, with a nearly 68 per cent decrease in surgeries compared to the same month in 2019.

The problem is not isolated to Alberta.

Across the country, hospitals have seen dramatic decreases in the number of surgeries that have been able to go ahead as scheduled.

Aside from surgery delays, a national survey suggest that many Canadians are struggling with their mental health and an increase in substance use.

In the survey, 30 per cent of respondents said they’ve noticed an increase in their alcohol consumption, 40 per cent increased their cannabis use and at least five per cent reported having seriously considered suicide.

Hospitalizations from substance use rose by nine per cent during the first 16 months of the pandemic.

The report also highlights a noticeable decrease in other health issues. Including influenza and respiratory conditions, as a direct result of public health measures.