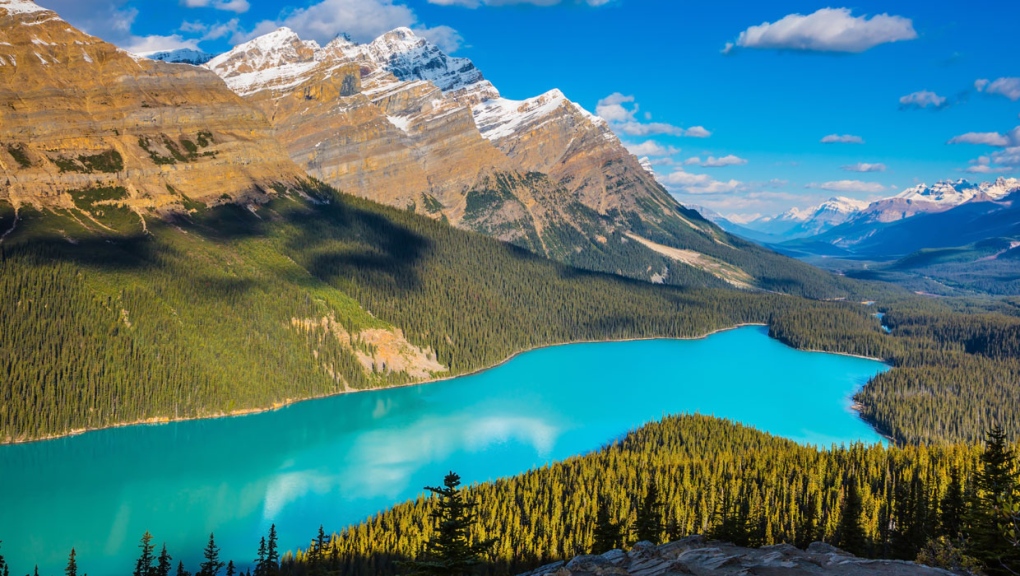 A luxury travel company has placed a popular Banff lake at the top of its list of most eye-catching natural wonders.

Peyto Lake, a glacier-fed lake nestled in the Canadian Rockies in Banff National Park, was named number one on Kuoni’s list released this week.

The firm says it used eye-tracking technology to help make up the list.

“Participants were asked to look at a series of images of 50 of the world’s most famous natural landmarks and their eye movements were tracked using AI technology,” Kuoni wrote in a release. “Data on which images drew the eye for the longest was then analysed to reveal the most eye-catching natural wonders.”

The company says Peyto’s “turquoise blue colour,” which is emphasized by the surrounding forest at the shoreline, helped push the Canadian destination to the top of the list.

The lake beat the “clear blue water and bright white sands” of Meeru Island in the Maldives and the Jurassic Coast in the U.K., a World Heritage site that draws thousands of tourists each year.

Peyto wasn’t the only iconic Canadian destination to make Kuoni’s list. The three different waterfalls that make up Niagara Falls were sixth.

“A stunning natural wonder that is extremely popular with tourists, over 8 million travellers visit the iconic waterfalls every year,” Kuoni wrote. “Most people take to the water to get as close as they can, with boat trips running visitors up to the base of the falls to fully experience the landmark.”

The top 15 most eye-catching natural wonders, according to Kuoni’s list, are: