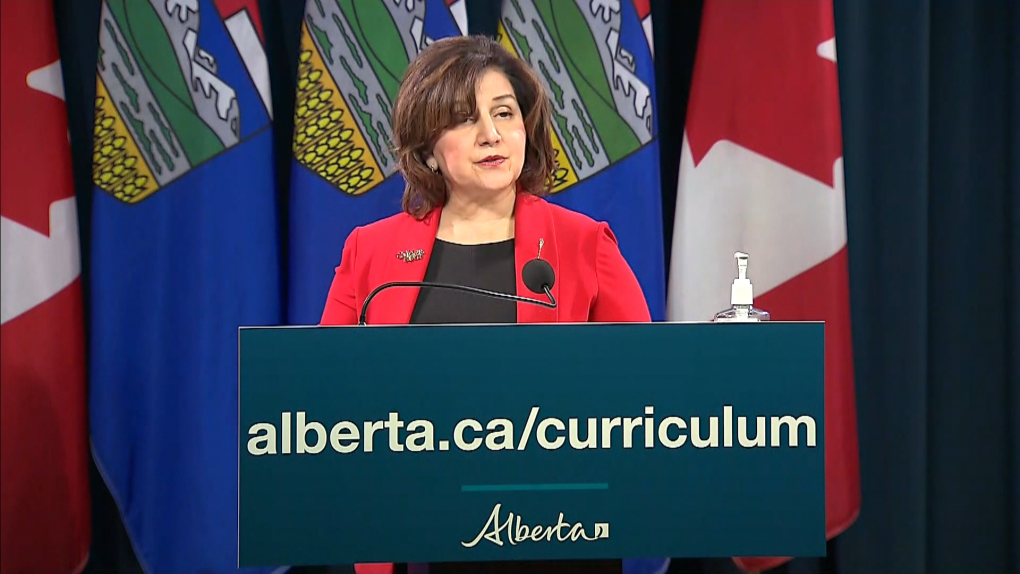 Alberta Education is moving ahead with implementing its new kindergarten to Grade 6 curriculum in three subjects next September, but is rewriting its contentious social studies program and won’t send several subjects into classrooms until a later date.

English language arts, math and physical education will all see the new K-6 curriculum implemented in September 2022. Changes to fine arts, science, social studies, French first language and literature and French immersion language arts will continue in 2022 and won’t be implemented until a future date that has not yet been established.

“We have listened to the valuable insights provided by parents, education stakeholders, teachers and Albertans and are making significant content and implementation changes to reflect this,” said Education Minister Adriana LaGrange.

The most significant changes will be to the K-6 social studies curriculum, which has been called “deeply disappointing” and “a mistake” by educators and parents since a draft of the new program was released earlier this year.

We’ve heard feedback from Albertans on the draft K-6 curriculum and are taking steps to address it. Adjusted implementation timelines, changes to the Social Studies curriculum design & more engagement opportunities will be coming in the new year: https://t.co/tBrB82GAyw #abed pic.twitter.com/XJklliyNaH

A new ‘draft design blueprint’ for social studies will be used to come up with the final curriculum for the subject. It will look at age appropriateness, learning concepts and content of the program and feedback will be considered. A new draft curriculum will be released in the spring of 2022.

The draft curriculum for science has also been updated to include teaching children about dinosaurs, learnings about climate change and greenhouse gases and “the personal actions that can be taken to address climate change.”

A majority of Alberta’s school boards — including both the Calgary Board of Education and the Calgary Catholic School District — refused to pilot the draft curriculum due to a number of concerns including age inappropriateness, a lack of Indigenous consultation and the timing of piloting the programs during a pandemic.

The province says about 7,800 students have been piloting the new draft curriculum during the current school year and educators have been providing feedback.

“(The Alberta School Boards Association) has advocated for a delay and a phased approach to curriculum implementation and recognizes that government responded with some changes announced today,” said Marilyn Dennis, ASBA president.

Alberta Education also plans to create an advisory group to provide feedback on the revised curriculum and come up with a new implementation timeline for many subjects. The group’s work will start in the new year, but the province has not yet established who the members will be and how many people the group will be comprised of.