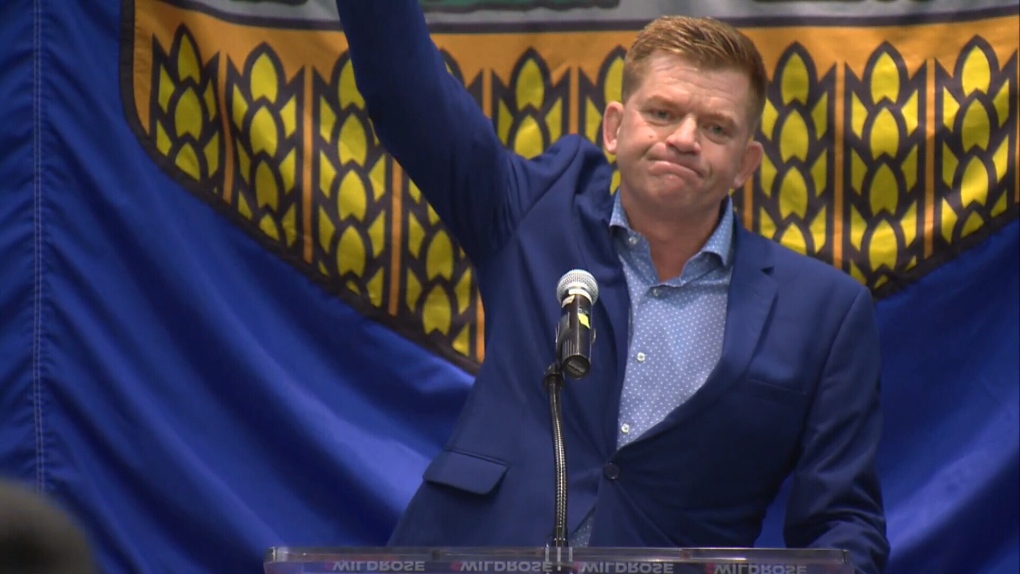 That’s despite the fact Jean’s stated mission is to get Kenney fired as party leader.

“I’m hoping (Kenney) is a man of his word,” Jean said in an interview Monday.

Jean, who helped form the UCP, was declared on Sunday the party’s nominee in the upcoming byelection in Fort McMurray-Lac La Biche constituency.

The party confirmed Jean’s victory but said it does not release vote totals.

Kenney had previously promised to allow Jean to run under the UCP banner, if Jean was voted in as the party’s candidate.

Kenney must hold the byelection no later than mid-March. The NDP candidate in the constituency is teacher Ariana Mancini. Paul Hinman, leader of the Wildrose Independence Party, said he also plans to run.

Jean said he is now on the road touring the province, talking to party members and selling memberships with the expressed goal of getting Kenney out as leader.

He said there’s widespread sentiment in the province and party that Kenney is not trustworthy, and the UCP will lose the 2023 election to the NDP if Kenney is at the helm.

“I think it’s come to the point where it’s a trust issue (with Kenney),” said Jean.

“I’ve never had so many texts in my life as I did over the last 24 hours. People (are) asking me to come to their ridings and talk to their people about the opportunity to renew this party and get it back to where it actually responds to members and ultimately Albertans.”

Kenney’s office declined to comment on Jean’s victory or confirm whether the premier will keep his commitment to sign Jean’s nomination papers.

“It would be inappropriate for the government to comment on internal party matters. I’ll refer you to the United Conservative Party,” spokeswoman Christine Myatt said in a statement.

Fort McMurray is Jean’s hometown and he has formerly represented the region as both a legislature member and as a Conservative member of Parliament.

Jean said Kenney’s plunging popularity poll numbers, fuelled mainly by decisions surrounding his handling of the COVID-19 pandemic, have opened the door for Rachel Notley’s NDP to return to power in the 2023 election.

Kenney responded to Jean’s nomination bid last month, saying Jean has been trying to destabilize the UCP and that he regarded his return a “distraction.”

“This now creates an opportunity where Brian Jean, not only from within the party can lead the charge against Jason Kenney’s leadership – he’s a living reminder of questions that are still swirling around the leadership race in 2017,” Williams said in an interview.

The UCP was created in 2017 when Jean’s Wildrose Party and Kenney’s Progressive Conservatives agreed to join forces.

Jean and Kenney then squared off to run for the leadership of the UCP. Kenney won with 61 per cent of the vote, about double that of Jean.

It was later revealed that Kenney’s team had co-ordinated communications with another leadership candidate, Jeff Callaway, who attacked Jean throughout the campaign before quitting to endorse Kenney.

The RCMP is also investigating allegations of identity fraud in the leadership vote.

Jean quit the legislature in March 2018, stating he wanted to “draw closer” to his family as well as finally rebuild his home, which was destroyed in a massive wildfire that hit Fort McMurray in 2016.

After leaving, Jean posted newspaper editorials and social media posts critical of Kenney and his policies.

In June, he urged Kenney to quit, suggesting the premier’s top-down, thin-skinned, bully boy approach to government was causing Albertans to ditch the UCP in droves.

The party said last week that it will hold a one-day special meeting April 9 in Red Deer for a confidence vote on Kenney’s leadership.

The leadership review had been scheduled to take place in the fall of 2022. But Kenney and the board agreed to move it up due to rising discontent in caucus over Kenney’s leadership.

– With files from Rob Drinkwater in Edmonton.

This report by The Canadian Press was first published Dec. 13, 2021.