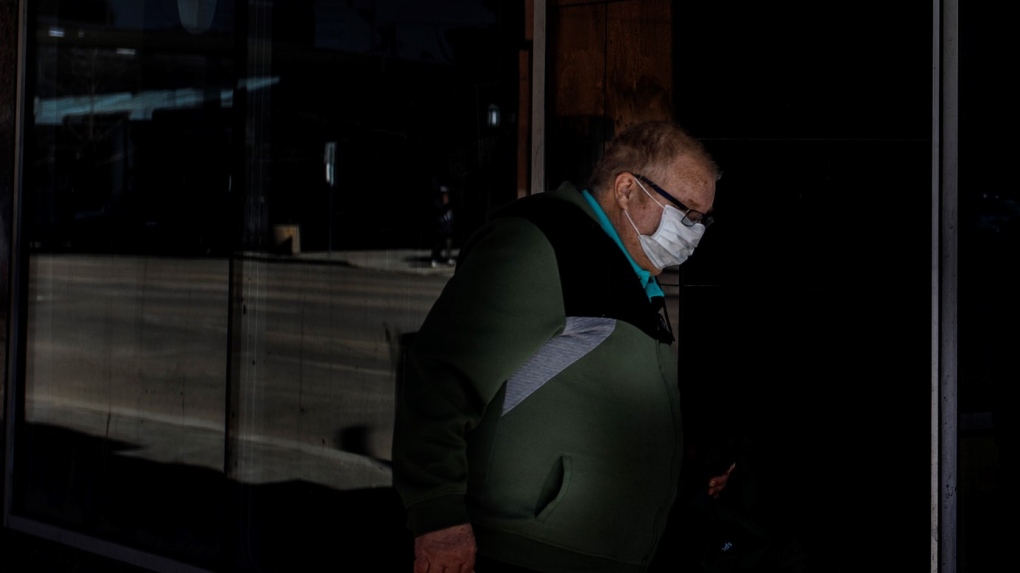 City councillors voted Monday to establish two thresholds that would trigger a review of Edmonton’s mask bylaw, but also remain free to change the temporary bylaw at any time.

Mayor Amarjeet Sohi and Coun. Andrew Knack spoke in favour of creating the conditions for review, saying they showed the city’s intent to eventually repeal the law

“[The triggers] give some certainty and some hope to people that if numbers drop to a certain level, that we can actually look at it again,” said Mayor Amarjeet Sohi.

The triggers amend the city’s masks rules, the Temporary Mandatory Face Coverings bylaw, to give council 30 days to explore the possibility of changing or repealing the bylaw provided two conditions are met:

The review could also result in the bylaw continuing.

Councillors will continue to get monthly verbal updates at council meetings on the pandemic situation. They are also able to ask for a discussion on repealing the bylaw whenever they see fit.

Masks remain mandatory in all public spaces across the province under the provincial government’s public health order.

The city says the 28-day countdown will begin on Tuesday even as the city has remained well below the target threshold for six weeks.

Active cases in the city of Edmonton last exceeded 100 per 100,000 residents on Halloween.

Alberta’s state of public health emergency is set to expire on Tuesday when Premier Jason Kenney is expected to announce some COVID-19 health restrictions will be relaxed over the holidays.

It’s unclear if any provincial rules around masking will be changed.