Edmonton and area will likely have between 5 and 15 centimetres of fresh snow on the ground by midday Tuesday.

A Snowfall Warning has been issued by Environment and Climate Change Canada and that warning zone stretches from Rocky Mountain House northeast towards Fort McMurray.

In general, most of the warning zone will get 5 to 10 cm of snow. But, there will be heavier bands from around Edmonton off to the east and northeast where 15+ centimetres is possible.

The timing for Edmonton and area has the heavier snow starting overnight and carrying through into the early morning hours of Tuesday before tapering off late in the morning.

The morning commute will definitely be affected with the heavy, fresh snow on the ground. But, wind doesn’t look like it’ll be stronger than 10-15 km/h. So, blowing snow shouldn’t be too much of an issue.

Areas further west will see the snow end earlier while eastern and northeastern Alberta may see the snow last through to early Wednesday.

Here are some forecast models for estimated snowfall totals up to the end of the day Tuesday.

Regions like Fort McMurray could see a further 5 to 10 cm of snow by the end this snow event Wednesday. 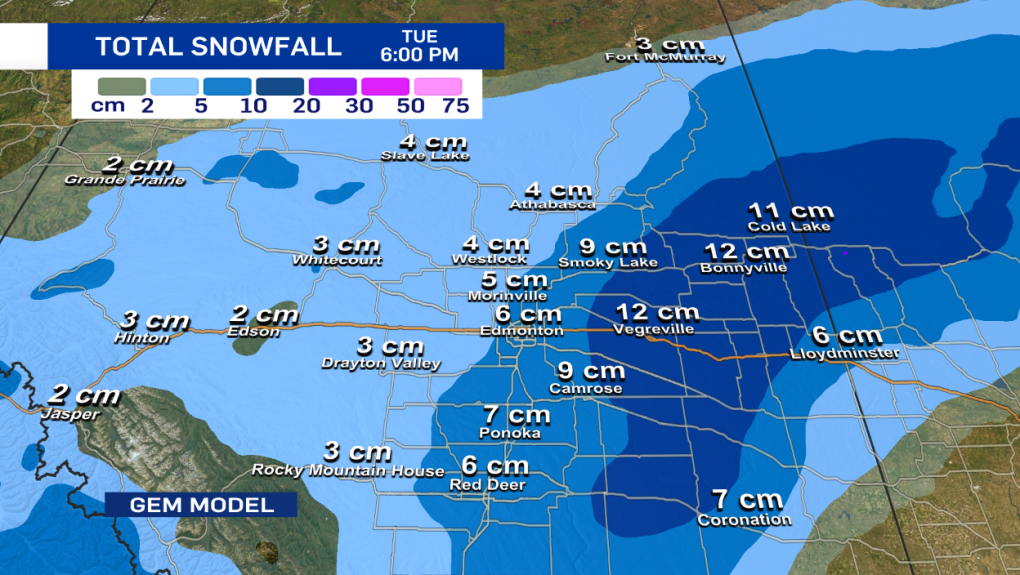 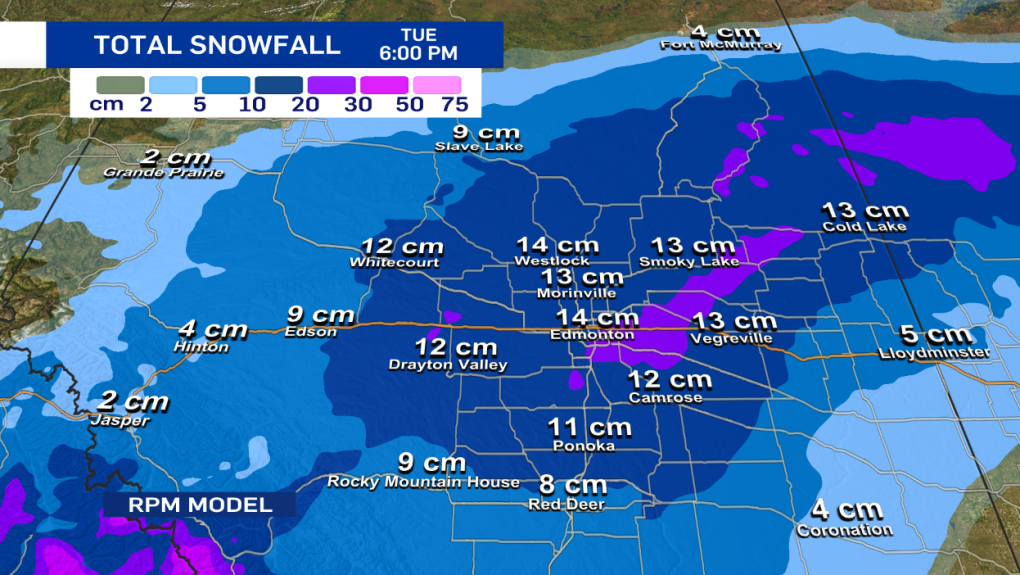 You’ll notice the GEM has significantly less snow for Edmonton and keeps the heavier totals to the east. The RPM, meanwhile, has the heaviest band stretching back further to the west to include Edmonton.

This is why we’ve gone with such a wide forecast range of 5 to 15 cm for the city.