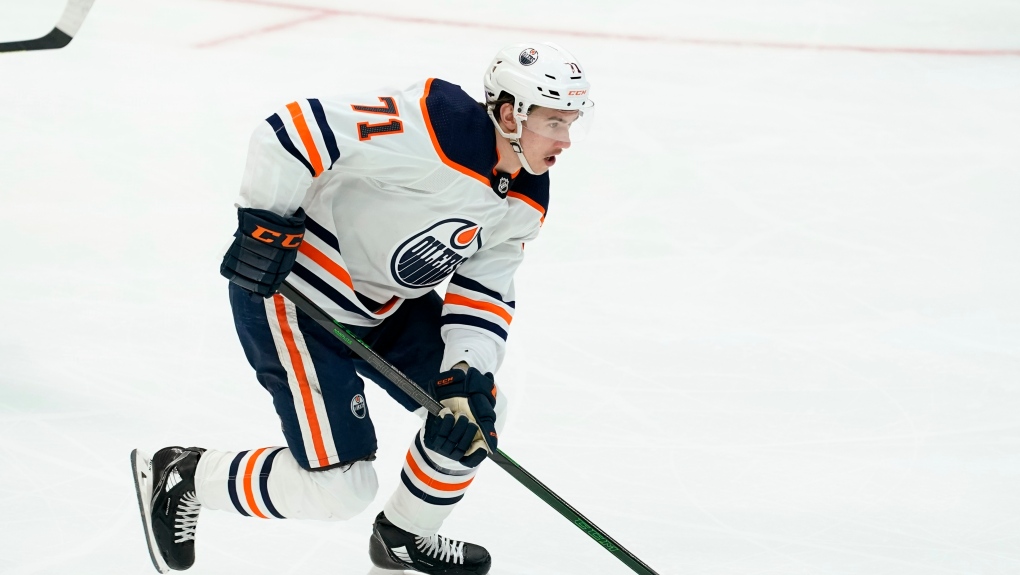 Edmonton Oilers Centre Ryan McLeod has been put in the NHL’s COVID-19 protocol.

The team is scheduled to host the Toronto Maple Leafs tonight and is the latest NHL club to be impacted by COVID-19.

Head coach Dave Tippett won’t be behind the Oilers bench against the Maple Leafs for “precautionary reasons,” the team said late Tuesday afternoon.

The Calgary Flames are also dealing with a major outbreak affecting nine players.

Defenceman Noah Hanifin, and forwards Milan Lucic and Sean Monahan were placed into protocol Tuesday and the team’s next three games have been postponed.

The Vancouver Canucks, who endured the NHL’s worst outbreak last season, put defenceman Luke Schenn and winger Juho Lammikko into protocol Tuesday after cancelling the team’s morning skate ahead of its home game against the Columbus Blue Jackets.

The team the Oilers played last Saturday, the Carolina Hurricanes, placed centres Sebastian Aho and Seth Jarvis and a member of the training staff in protocol Monday.

More than 130 players have entered the league’s protocol so far this season, including two dozen this week alone.

All but one NHL player – Tyler Bertuzzi of the Detroit Red Wings – is fully vaccinated.