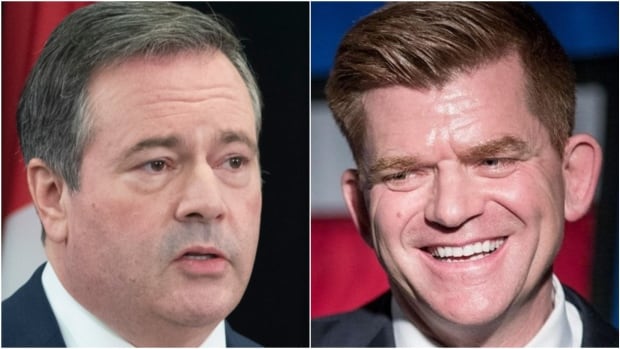 Fresh off of a decisive win for the United Conservative Party nomination in an upcoming byelection, former leadership contender Brian Jean is wasting no time lining up his crosshairs on the man who beat him for the top job.

“Let’s be clear. Mr. Kenney knows in his heart what is the right thing to do for the party, for the members and for Albertans. He knows it because everybody else in Alberta knows it,” Jean told the Calgary Eyeopener on Tuesday.

“He needs to leave in order for the UCP to be competitive in the next election. I am running on that mandate.”

Jean will represent the UCP in the upcoming Fort McMurray-Lac La Biche byelection, after taking almost 70 per cent of the vote in the nomination race on the weekend.

Jean, who was leader of the Wildrose Party before it merged with the Progressive Conservatives to create the UCP, says enough is enough.

“There’s just been too many mistakes. Just because you are a great talker doesn’t mean you are a great decision-maker. He has made a large number of bad decisions that Albertans are paying the price for. Changing his mind often and coming up with policy that has not been well thought out but then changing that policy a number of times,” the 15-year political veteran said.

A Calgary political scientist says the 68 per cent win can’t be shrugged off.

“This is a decisive win, despite the tactics and strategies used by Jason Kenney and his supporters,” said Lori Williams, an associate professor in policy studies at Mount Royal University.

“It suggests that the gulf between party insiders and the grassroots or ordinary Albertans is growing. That is going to be a problem.”

The 2017 leadership race that led to Kenney being crowned leader of the UCP was filled with controversy, as CBC News reported. Jean finished in second place. The leadership vote remains under RCMP investigation.

For Jean, one of the final straws was the UCP government’s use of “Sky Palace”, a former luxury Edmonton penthouse, which was a symbol of excess that contributed to the fall of the Alison Redford government. Kenney and some cabinet members were photographed on the patio allegedly breaking COVID-19 restrictions they had implemented.

“We were at home obeying all the rules laid out by our leaders and the UCP inner circle were up dining and looking over the rest of the province and not obeying the rules,” Jean said.

“I don’t like that. I don’t think that is at all healthy. It certainly sends the wrong signal to Albertans about their leaders.”

“Even if Jason Kenney is successful in surviving a leadership review, that doesn’t solve the problem: his disconnect from ordinary Alberta voters. They will ultimately decide whether the next election is won by Jason Kenney or someone else.”

The date for the Fort McMurray-Lac La Biche byelection has not yet been set. The next provincial election is May 29, 2023.

Requests for comment from the premier’s office were not returned.