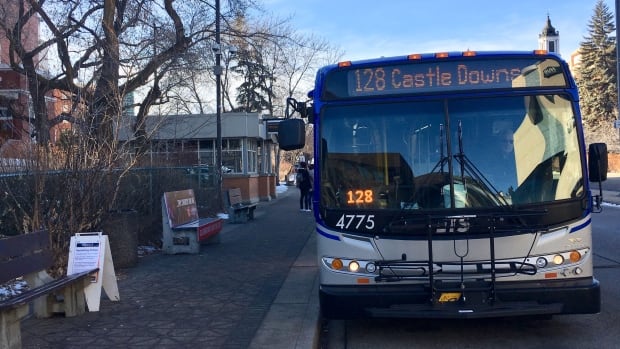 Riders getting on an Edmonton bus or LRT train with cash in hand will continue to pay $3.50 next year after city council voted to freeze the fare Wednesday.

The cash fare was set to increase to $4 after being previously approved in the 2022 operating budget.

Councillors unanimously supported the motion. The $3.45 million lost in fare revenue will be replaced with money from the 2022 COVID-19 funding strategy.

“The public has spoken very clearly that they do not want to see a fare or rate increase especially now at a time when our ridership is low and we’re trying to encourage it,” Paquette said during the meeting.

Edmonton Transit Service is getting about 60 per cent of the riders it had before the pandemic.

“It’s a once-only solution and we’d like to see it supported going forward, but it’s a start,” Bradshaw said in an email Thursday. “It will serve to support efforts to recover COVID-lost ridership and reduce fare-dispute confrontations.”

The freeze comes as the city gets ready to introduce the electronic fare system in the new year, where passengers will use pre-loaded cards and pay according to zone and length of trip.

The smart fare is delayed by about six months, but university passengers have been using the system through their U-pass since the summer.

On Jan. 1, Edmonton Transit is partnering with six regions: Beaumont, Fort Saskatchewan, Leduc, Spruce Grove, St. Albert and Strathcona County in a pilot to test the system on a regional basis.