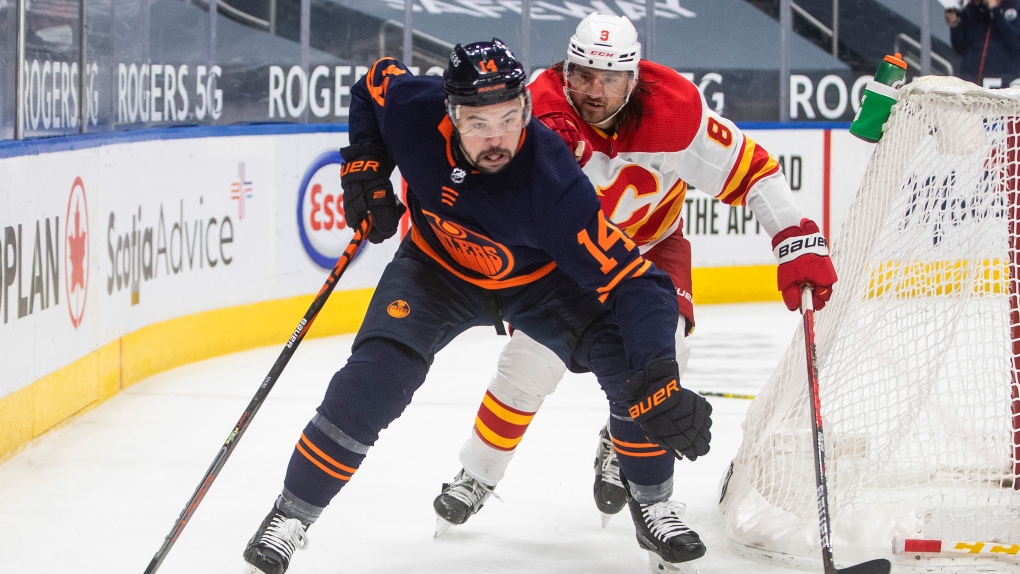 On Tuesday, centre Ryan McLeod was put in protocol ahead of the team’s home game that night against the Toronto Maple Leafs.

Head coach Dave Tippett missed that game for precautionary reasons and then was officially put into the league’s protocol after the game.

The Oilers are scheduled to host the Columbus Blue Jackets on Thursday night.

COVID-19 cases have ballooned around the NHL in recent days.

Nearly the entire roster of the Calgary Flames is now in COVID-19 protocol after several days of positive tests.

Three members of the Vancouver Canucks were put in protocol on Tuesday.

More than 130 players have been added to the league’s protocol list this season.

All but one NHL player – Tyler Bertuzzi of the Detroit Red Wings – is fully vaccinated.