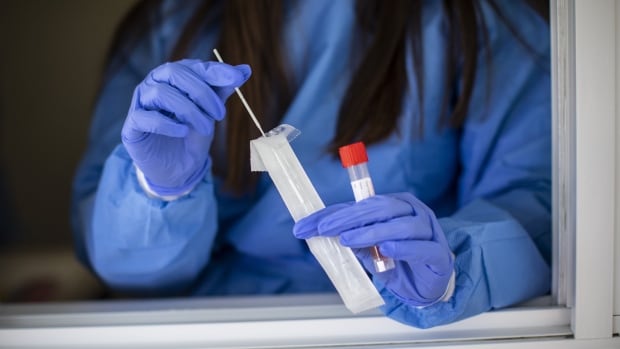 Alberta reported 553 new cases of COVID-19 on Friday, the highest number reported in December and the third straight day of higher-than-average case numbers.

By comparison, the province reported 287 new cases one week ago, on Dec. 10 — although case numbers can vary throughout the week and are largely influenced by testing numbers.

The Calgary zone has 87 Omicron cases, while 63 have been identified in the Edmonton health region.

The new cases reported Friday were detected through 9,694 PCR tests with a positivity rate of 5.66 per cent — the highest in almost a month.

One new COVID-19 related death was reported Friday, bringing the province’s total to 3,286.

Active cases of COVID-19 increased by 219 from Thursday’s update and there are now 4,431 active cases in Alberta.

Here’s a regional breakdown of active cases in the province:

Currently, there are 344 people being treated in hospital for COVID-19, including 68 patients in intensive care.

As of the province’s latest update about 72.4 per cent of Albertans are considered fully vaccinated against COVID-19.

According to CBC’s vaccine tracker, about 76.3 per cent of all Canadians are fully vaccinated.