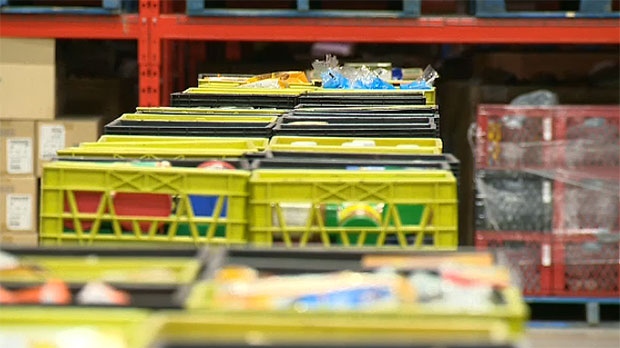 As the days to Christmas count down, several local charities are making the final holiday season push for help — with many still far from fundraising targets.

The Salvation Army in Edmonton says it is still $400,000 short of its goals this year, due in part to one of its Christmas kettles being stolen.

“There’s a ways to go on this final stretch between now and Dec. 24 when we pull our kettles in,” said Jamie Locke, Salvation Army Alberta and N.W.T. division spokesperson.

“I feel bad for people who made donations on that day to know that the money that they had given to support the work of the Salvation Army was stolen from us,” Locke added.

More than 1,200 hampers were delivered by the Christmas Bureau of Edmonton this week, in addition to 8,000 food gift cards to families and more than 4,700 gift cards to teens.

Zawadiuk said the non-profit is only at the halfway mark of its goal of $1.3 million for the bureau’s food program and $300,00 for the adopt-a-teen initiative.

The Edmonton Food Bank is also halfway towards raising 250,000 kilograms of food and $2 million.

All three organizations have seen demand increase through the COVID-19 pandemic.

“Our numbers are up definitely over last year, and we were expecting that,” Zawadiuk said. “We know that 2021 has been another tough year.”

Each organization is confident Edmontonians will continue supporting them through this holiday season.

“It’s interesting. It’s almost like people are waiting,” Bencz-Knight said. “They want us to sweat it out a little bit before we get that last little bit.”