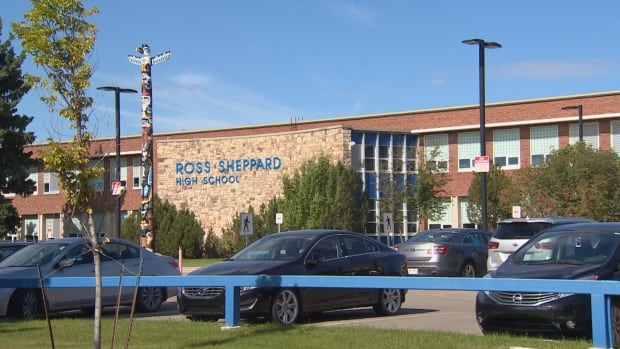 Results from a student-run survey suggest teenagers in Alberta want to learn more about climate change in school.

In the spring of 2021, the Alberta Youth Leaders for Environmental Education (AYLEE) — a group of students in Grades 7-12 that works to advance environmental education and climate action in the province — surveyed 318 young Albertans, most of whom were in Grades 6-12.

Three students who were involved in creating, conducting and analyzing the survey told CBC News they were surprised by the survey results and hope those in positions of power take note.

“It’s encouraging to see the numbers as high as they are, and it gives us a lot of hope — to have that concrete evidence that this is something people care about,” said Avry Krywolt, a Grade 12 student at St. Martin de Porres High School in Airdrie.

The group’s recent report on the survey results calls for curriculum updates and support from all Albertans to increase environmental education.

The online survey, which was distributed in March and April via social media, clubs and school administration groups, asked questions about students’ knowledge and perspectives on climate change, the environment, energy, the economy and environmental education.

Most students who filled out the survey lived in Fort McMurray, Edmonton and Calgary, but others were from Lacombe, Lethbridge, Leduc, Nanton, Okotoks, Sherwood Park and Cochrane.

It is hard to determine a margin of error for online surveys, but for comparison purposes, AYLEE said that based on Alberta student population statistics, a probability sample with the same sample size of students would yield a margin of error of plus or minus six per cent, 19 times out of 20.

Seventy-three per cent of survey respondents said they were at least somewhat worried about the impact of climate change and only 10 per cent said they were not concerned about their future in connection with the economy and the environment.

Though the survey captured some of students’ climate concerns, the results suggest many are optimistic about the future. Seventy-eight per cent of respondents said they thought Alberta’s economy could excel while the environment is protected.

Climate and the curriculum

When asked where they learn about environmental topics, students ranked school classes third, after social media and news sources.

“I have had little to no environmental education in school,” said Lauren Laplante, an AYLEE member and Grade 12 student at Ross Sheppard High School in Edmonton.

She estimates that between science and social studies, she has spent about 10 school days grappling with the topic but she believes more time should be devoted to it.

Currently, most learning outcomes related to energy and climate change are included in science courses.

Subashini Thangadurai, an AYLEE member and Grade 10 student at Sir Winston Churchill High School in Calgary, contributed to a white paper that called for climate change education and climate action to be integrated into all subjects.

Thangadurai was also part of a working group that reviewed the K-6 draft curriculum and recommended more content on environment, energy and climate topics.

She said more than 1300 Albertans provided feedback on the draft science K-6 curriculum and the government is committed to listening to and working with environmental organizations, partners, parents and Albertans to strengthen it.

Curriculum for other grades will be updated after the K-6 curriculum is finished.