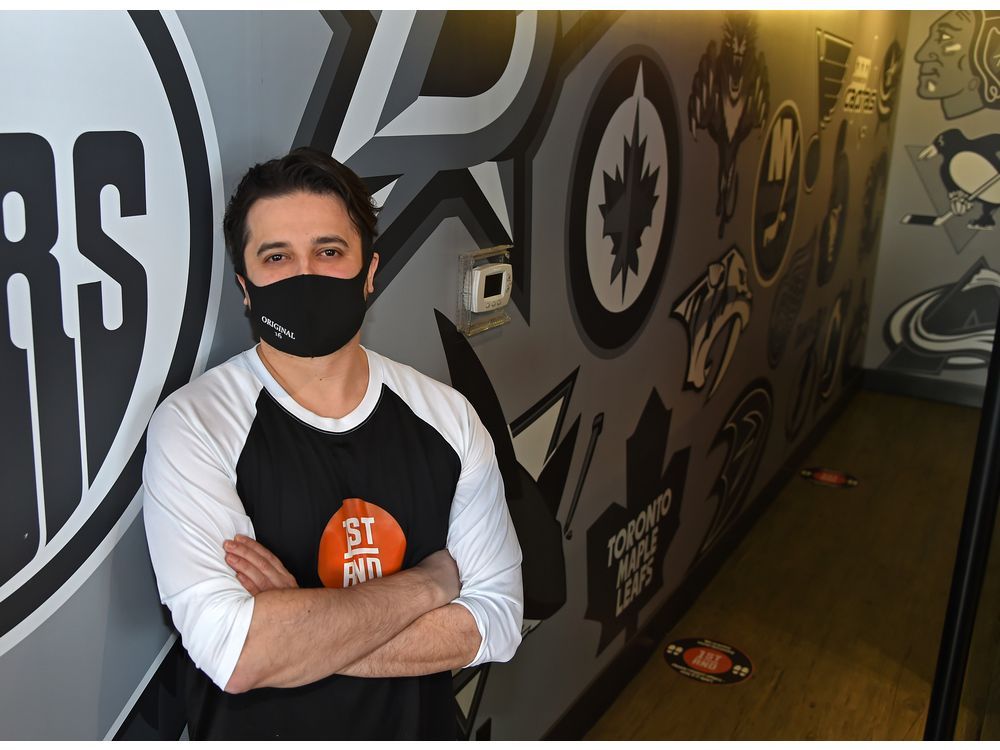 Downtown restaurants and bars are ready to open their doors to World Junior hockey fans, even as the Omicron COVID-19 variant has forced tournament organizers to cut spectator capacity in half.

Franco Camminatore, general manager of 1ST RND on 104 Avenue, said people will continue to support Team Canada whether they can go to the games in person or not.

“With Edmonton being such a hockey town and the passion we have for even the Oilers, the people here really take this tournament seriously and they love it,” said Camminatore.

“I think people will still want to definitely be part of the energy and the atmosphere, really get behind team Canada and root for them and we’re a good venue for that.”

He said the bar is taking the new COVID-19 restrictions seriously and customers should continue to be prepared to show proof of double vaccination. They also won’t be able to accommodate parties with more than 10 people.

1ST RND will have draught beer specials throughout the tournament and customers at both locations can enter a draw to win a team Canada jersey, he said.

SMOKE BBQ + Bar at 103 Street and 102 Avenue opened its doors to Edmontonians last week, and one of the restaurant’s managing partners said he is looking forward to showing off the new spot.

“There may be a few less people with their capacity cut but knowing people cannot eat or drink at their seats, attendees will surely find a great community of independent restaurants, like us, to fill up on some BBQ and cocktails before and after the games,” said Allan Gothjelpsen.

Jeffrey Sundquist, president and CEO of the Edmonton Chamber of Commerce, said the city will still see an economic boost while hosting the World Juniors even with the latest round of COVID-19 restrictions.

“The economic impact (prior to the new restrictions) of the World Juniors would be estimated to be between $40-50 million and of course, when our visitor economy has been hit hard over the last couple of years, this is a great event,” he said. “Now, we’re just having to pull back a little bit and follow the guidelines.”

Sundquist said he believes there is going to be a desire for people to gather with family and friends, while following the new restrictions, to watch the hockey games and it’s a good opportunity to support local businesses.

“Now is the time for you to support that local restaurant, that job creator, the risk-taker, people who got a lot on the line. And if we can go down the street, support a local restaurant or pub, it’s really what we need right now.”

Team Canada begins play on Boxing Day, and the tournament runs through Jan. 5.