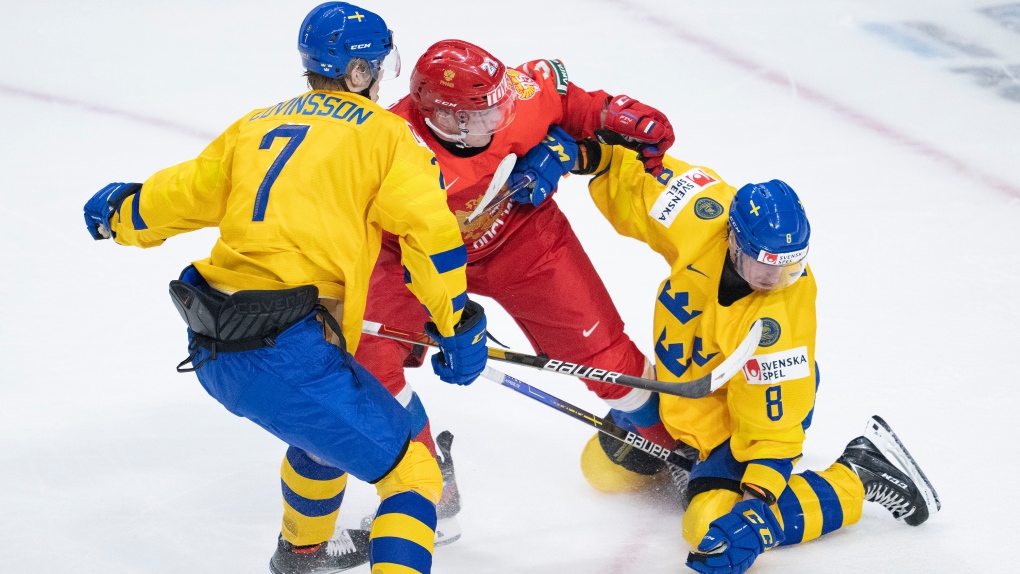 Simon Edvinsson, Emil Andrae and Alexander Holtz each scored one and assisted another to lead Sweden past Russia 6-3 Sunday on the first day at the world junior hockey championship.

Jesper Wallstedt turned away 27 shots in the tournament-opening win in Red Deer, Alta.

Russian goalie Yaroslav Askarov gave up three goals on 16 shots before being pulled after two periods. Yegor Guskov stopped 5-of-7 shots in relief in the third.

In Red Deer, the United States took on Slovakia.

Samuel Helenius scored twice and Joel Maata had the eventual winner in the second period for Finland (1-0), with Brad Lambert assisting on both of Helenius’ goals.

Leevi Merilainen made 23 saves for the win in net.

Luca Munzenberger was the lone scorer for Germany (0-1), which got 19 stops from goaltender Nikita Quapp.

This report by The Canadian Press was first published Dec. 26, 2021.