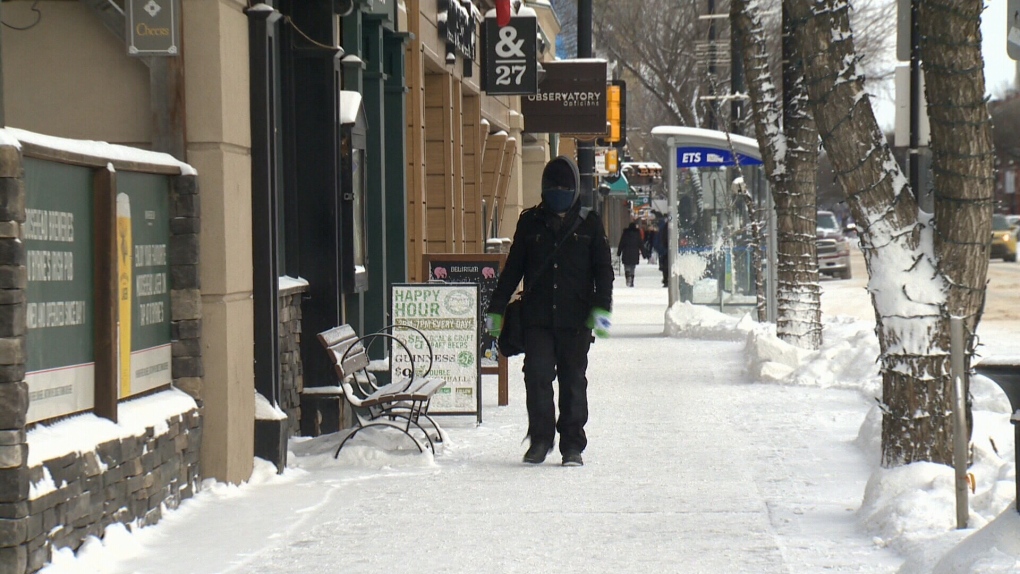 The bitter cold broke a record in Edmonton Monday morning according to Environment Canada, hitting minus 41 degrees Celsius without wind chill – the lowest temperature seen on Dec. 27 since 1992.

“This will freeze flesh in a matter of seconds or a minute,” said David Phillips with Environment Canada.

He blamed the current cold snap on an arctic air mass moving across the country, hitting Alberta especially hard.

“It’s like molasses. It just sort of sinks and slumps down and just fills every little nook and cranny,” Phillips said.

“It’s like a sumo wrestler. It just stands there like a bully and doesn’t let any warmth come in. It just gets progressively colder, and so the intensity of the cold is oppressive, but also what’s oppressive is the duration.”

THE DEAD OF WINTER

Temperatures plunged as winter began in mid-December, and while Edmonton saw a brief reprieve in the days before Christmas, the deep freeze returned in time for the holidays.

“Edmontonians can deal with one or two days of tough weather, but it’s when it goes for a week or two weeks, it begins to wear you down,” Phillips said. “You’ve had twice as much snow as you normally get in December, so it looks like winter, it feels like winter, it’s winter.”

“But typically, the average temperature this time of year in Edmonton could be a high of -6C. Not -30C.”

Phillips pointed to a mild, long fall making the frigid temperatures feel even colder. It’s also earlier than the region normally sees the dead of winter, with the coldest weeks normally reserved for mid-late January.

This year, January could be when Edmontonians see a reprieve from the cold.

HOPE FOR THE NEW YEAR

While Phillips reported no end to the cold snap in the coming weeks, he said there is only one January on record during the last 140 years where Edmonton didn’t see a thaw.

“It’s like death, taxes, and a January thaw,” he said. “It’s almost guaranteed for Edmonton. And the word thaw when we’re dealing with the brutal, record cold temperatures seems somewhat comforting…and gives you hope that this thing is not going to ride out the winter.”

Ultimately, though, Phillips stressed that while many expert predictions have come true this past year, weather remains extremely unpredictable.

“On the other hand, it could be the Ice Age cometh too,” he said. “It could be we’re in for a long haul. We always do better describing what we had, than what we’re going to get.”

Philips said the bright side is that when Edmonton finally returns to seasonal temperatures, it’s going to feel comfortable compared to what we’re dealing with now.