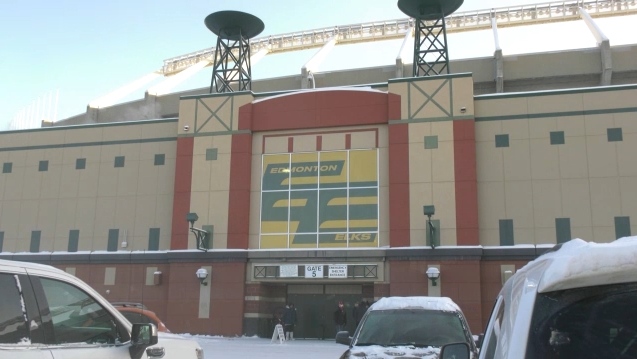 The frigid temperatures enveloping Edmonton are life-threatening for the city’s homeless population.

Two hundred people are at the temporary emergency shelter the city activated at Commonwealth Stadium to escape the brutal cold.

The temporary warming space and shelter is part of the City of Edmonton’s extreme weather response activated on Dec. 14. Since the cold snap began, the shelter has remained at full capacity.

An Extreme Weather Bus route to transport people from transit centres to shelters has also been set up, with buses running from 10 p.m. to 5 a.m.

Day shelter capacity has also been increased at Boyle Street Community Services and the Bissell Centre.

“It’s freezing. It’s really cold. I don’t really have a jacket,” said Dustin, one of the people calling Commonwealth home.

Dustin added that he’s relied on shelters throughout the pandemic.

“I was waiting for housing, and they’re kinda backed up on that,” he said.

Megan Schuring, director of community development for the Mustard Seed, told CTV News Edmonton how shelter staff are ensuring vulnerable people get whatever help they need.

“People are coming in with frostbite, hypothermia,” Schuring said.

“As the coronavirus continues, people are finding themselves, CERB is ending,” she added. “People are losing their homes and falling into homelessness.”

Officials advise anyone concerned about someone in the extreme cold to call 911 in an emergency or 211 for non-emergency support.