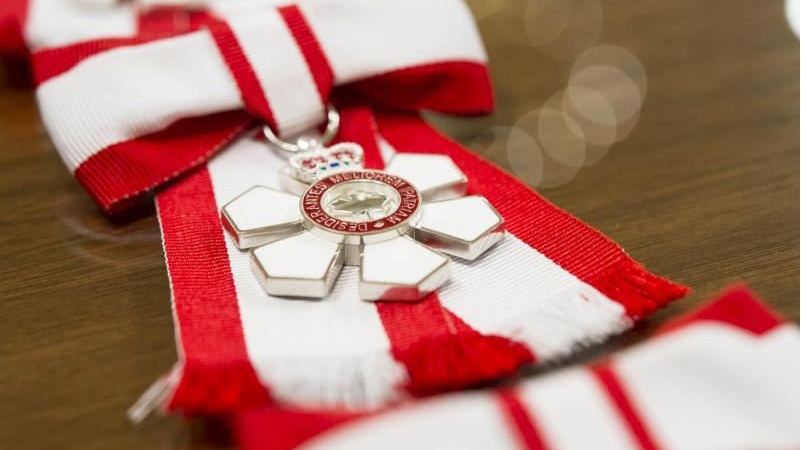 Three Edmontonians are part of the newest class of appointments to the Order of Canada.

The Order of Canada, one of the nation’s highest distinctions for civilians, was officially created by Queen Elizabeth II and celebrates those dedicated to their community and who have helped change the country for the better.

Appointments are made by the governor general annually upon the recommendation from an advisory committee. This year, 135 people received the country’s top honour.

According to the Office of the Governor General, more than 7,000 Canadians have been invested to the Order.

Born in Newmarket, Ont., John Estacio is a multiple Juno Award-nominated composer and former composer in residence at the Edmonton and Calgary symphony orchestras.

Over the eight years he was composer in residence in Edmonton, Estacio helped establish the Young Composers Project, an award for high school students that allows them to submit a new work of music to be performed by an orchestra, and win a bursary and mentorship opportunity.

In 2017, Estacio was awarded the Lieutenant Governor of Alberta Distinguished Artist Award.

A University of Alberta alumna, Barabara Paterson, has created various works from wax, bronze, and stone.

Paterson is best known for creating the public monument on Parliament Hill commemorating Alberta’s Famous Five, depicting the five petitioners who helped bring forward the Persons Case to the Supreme Court of Canada.

She also created the larger-than-life bronze statue of Lois Hole outside St. Albert Place and another sculpture celebrating the Famous Five in Calgary’s Olympic Square.

Some of her works have been part of exhibitions across the country and abroad, including in New York, Singapore, and Bulgaria.

Holding an MA in clinical psychology and a PhD in sociology or race and ethnic relations, Roman Petryshyn has been an advocate and scholar focused on advancing multiculturalism and ethnic identity.

Some of the research he has completed includes analyzing Ukrainian immigrant contributions in Britain and Canada and newcomer integration.

Petryshyn was the founding director of Grant MacEwan University’s Ukrainian Resource and Development Centre and contributes to the Research Initiative on Democratic Reforms in Ukraine.