Believe it or not, a man in Edmonton’s Kenilworth neighbourhood wants to spend time outside during this cold snap.

After Edmonton’s first heavy snowfall in November, Davien Jewell was inspired to build an igloo in his backyard.

He figured out how to create blocks by packing snow into plastic bins, “mostly by trial and error.”

“I did watch a quick YouTube video, just to kind of see how they did the blocks,” Jewell admitted, noting it was “a lot of work.” 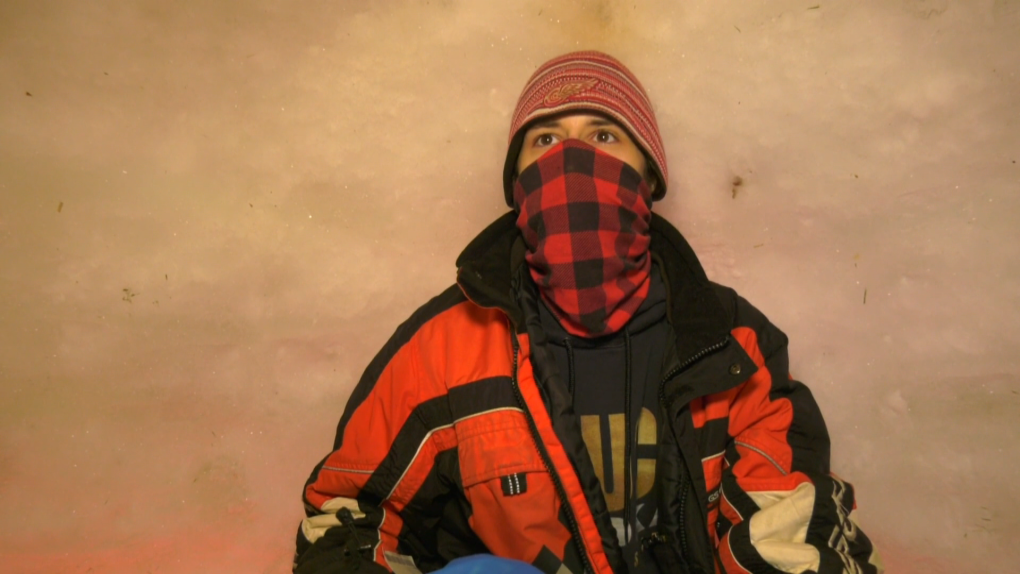 Construction took three days, or about 19 hours. He outfitted the structure with a snow couch, lights and a heater.

“It’s just something that you think every Canadian would want to do at some point. So I just figured this was the year,” he told CTV News Edmonton.

The Edmontonian insists the igloo is comfortable with snow gear on – even during the city’s current -30 C deep freeze.

His intent was to have a spot to watch the World Juniors, and as such, the igloo is also prepped with a beer cooler and laptop. 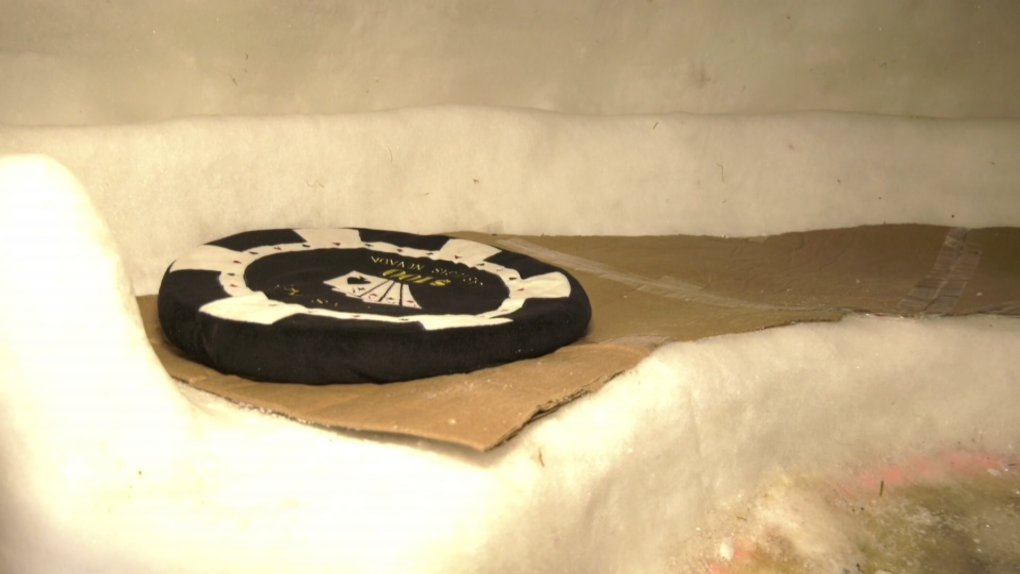 After Edmonton’s first heavy snowfall in November, Davien Jewell was inspired to build an igloo in his backyard in Kenilworth, where he planned to watch the World Juniors. He outfitted it with a snow couch, lights, a beer cooler, and a laptop.

“It’s a big disappointment,” Jewell said of the International Ice Hockey Federation’s Wednesday decision to cancel the remainder of the tournament.

“I got to watch the two games. But there’s always the NHL if my Red Wings ever play a game,” he chuckled.

“That would be really nice.”