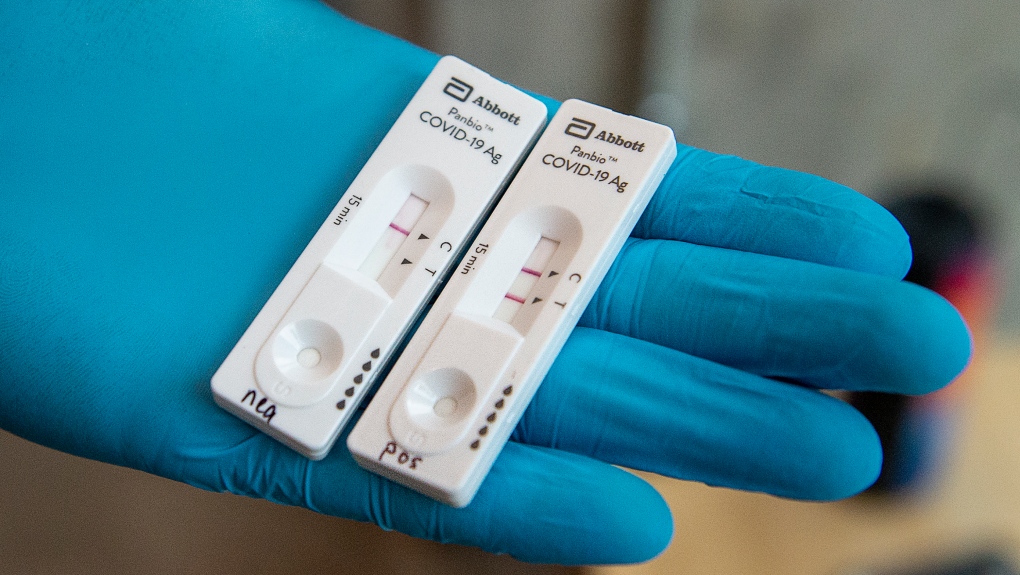 As Alberta follows the lead of other provinces in setting aside COVID-19 PCR tests for people who are considered high risk, it’s unclear how workers are supposed to prove they’ve tested positive.

The provincial government is recommending that most Albertans take rapid tests and stay home, but it’s believed not all workplaces are accepting those results as proof of illness.

“Those individuals are really being put in a lurch until the government solves the problem of what to do about people whose employers or insurers are requiring proof of (PCR) COVID testing,” said Lorian Hardcastle, a public health law expert in Calgary.

“Omicron has moved very fast, much faster than any previous wave we’ve ever dealt with,” Dr. Deena Hinshaw, the province’s chief medical officer of health, said on Tuesday.

Labour Minister Tyler Shandro was not at the Tuesday briefing, and he hadn’t tweeted anything since Dec. 21.

“I think the government should consider some form of self reporting. One way would be to do a test and take a photograph of the two lines on the rapid test,” suggested Dr. Noel Gibney with the Edmonton Medical Zone Staff Association.

A Calgary woman who tested positive for the virus in December 2020 said she’s still on disability because of its long-term effects.

“It’s really hard to explain to others how non-linear this ‘recovery’ is,” Sarah Bara told CTV News.

She has chronic headaches, brain fog and extreme fatigue and needed her PCR results to go on disability.

The government’s guidance on testing is available online.