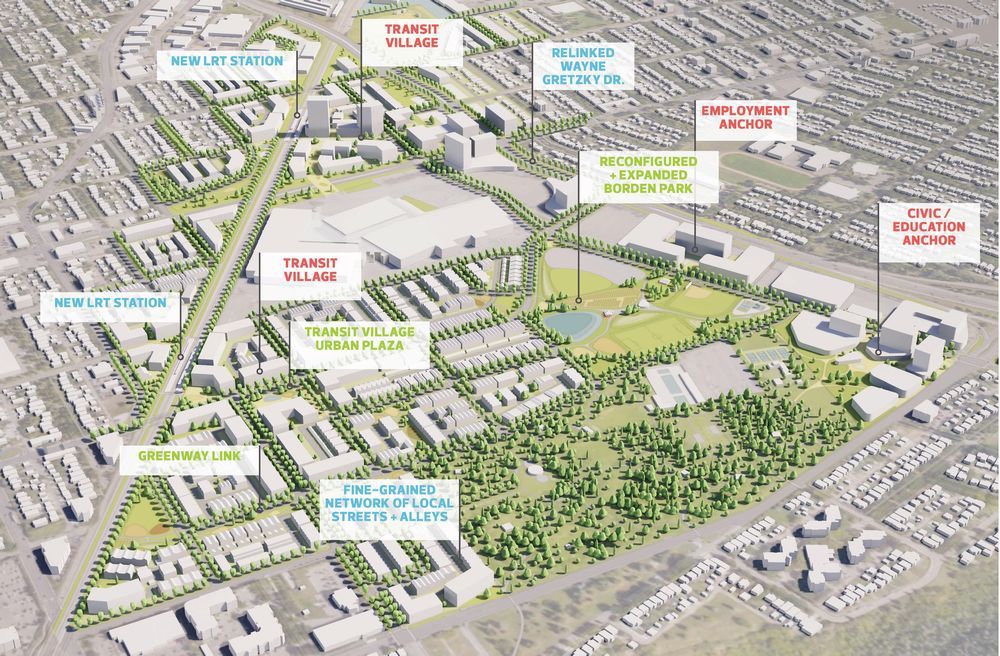 Edmonton plans in the new year to take the first steps in its decades-long process to redevelop the Exhibition Lands.

City spokesman Matt Pretty said city administration hopes to begin offering parcels of land to developers in the first half of 2022.

“Any sales to come from the listing would obviously take some time to close based on the buyers’ conditions. We are still working to understand the servicing and utility needs in some of the proposed parcels,” said Pretty in an email.

The first land for sale will be in the southwestern portion of the site, but the city didn’t have the exact dimensions yet.

It’s one portion of the massive 200-acre Exhibition Lands redevelopment project that is expected to take between 20 and 30 years to be fully built, with a planning framework approved in March.

The plan is also pinned on the demolition of the Northlands Coliseum , but it’s unclear exactly when it will be torn down. In the meantime, the city spends about $1.2 million every year to keep the lights on, using it for surplus storage.

Ashley Salvador, city councillor for Ward Métis, said the tear-down timeline will likely be nailed down during the four-year 2023-26 budget deliberations beginning in the fall of 2022.

Once it’s demolished, the land the Coliseum sits on will be part of a transit-oriented development with housing and retail shops next to an LRT station.

Salvador said she hopes the demolition can act as a catalyst for accelerating the whole community infill development.

“It is happening, incrementally,” said Salvador, who added getting the foundational planning in place so private industry can start developing the parcel is going to be a priority for her.

Kevin Wong, president of the Parkdale Cromdale Community League, said the Exhibition Lands redevelopment is a great opportunity to build some density, but having the Coliseum just sitting empty with little activity is not good for adjacent neighbourhoods.

Wong said he would like to see more temporary infrastructure to facilitate public use in the empty space and more long-term sustainable investment from the city in surrounding neighbourhoods while they wait for redevelopment and its potential economic spinoffs.

“Consideration needs to be given to the surrounding areas and making sure they’re properly supported as well,” he said.

Rick McAdie, president of Bellevue Community League, said vacant buildings have caused “quite a bit of angst” in his neighbourhood.

McAdie said repurposing buildings like the former Northlands jockey dorms into transitional, or bridge, housing, and others into temporary shelters, makes sense and might have been needed, but the city’s approach has been ad hoc, and should better include neighbouring communities in a more coordinated, proactive planning process.

“I just want to see things that enhance the viability of the area,” he said, pointing to an expansion of Borden Park, for example.

Salvador said facilitating special events to utilize the area, and addressing underlying challenges around housing and homelessness, mental health, addiction and the opioid crisis are top of mind for her.

“It’s about improving the vibrancy of the district, but it’s also about ensuring that the community itself is healthy and well, and has the support that it needs to be able to thrive,” she said.