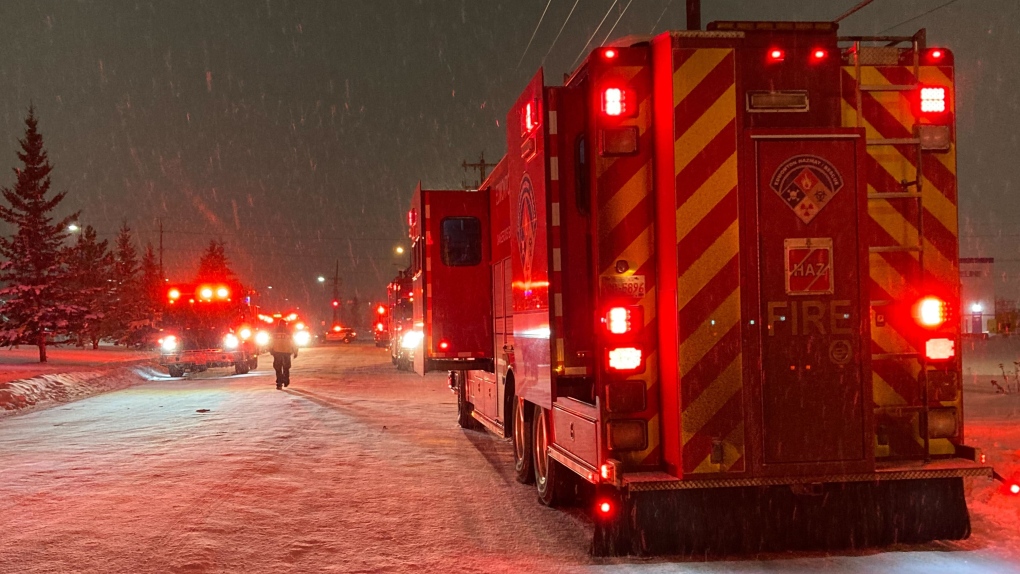 Crews determined a chemical called boron trichloride was involved, and Alberta Environment was notified about the incident.

According to EFRS, there is no risk to the public as crews work to contain and clear the chemical.

Cleanup efforts are being hampered as the chemical reacts with snow, EFRS spokesperson Brittany Lewchuk said.

No injuries were reported to officials.

The incident is not related to a semi-truck fire on Jan. 1, at 68 Avenue and 67 Street, that emergency crews were also dispatched to, Lewchuk added.