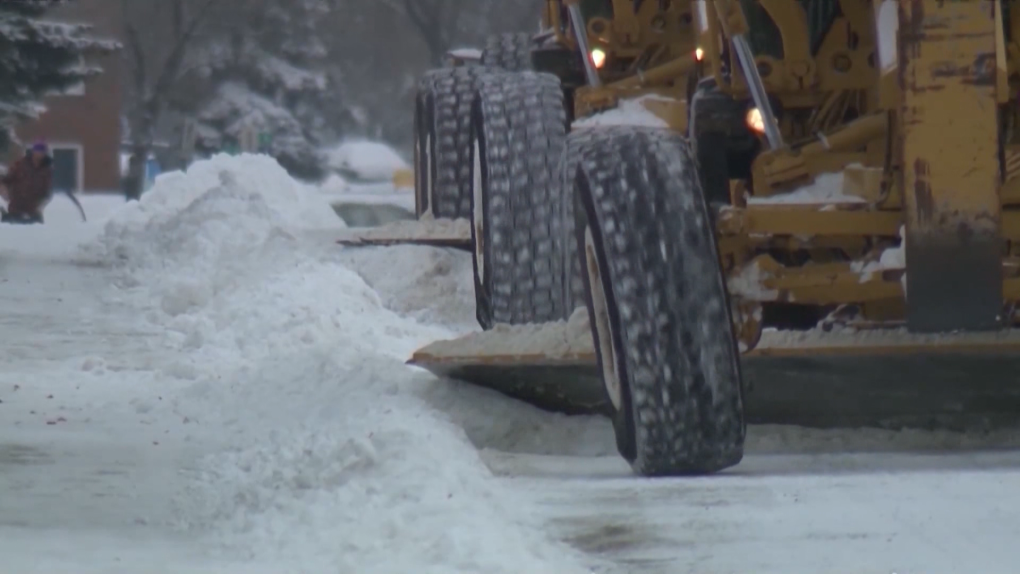 The city has put the brakes on the Phase 2 parking ban due to the extreme cold gripping Edmonton.

On Dec. 31, the city paused the Phase 2 residential clearing. All non-essential snow and ice clearing work is on hold, according to the city.

Phase 2 parking bans come into place so city crews can clear residential and industrial roads. When one is in effect, drivers can’t park on those roads, until they have been cleared, or in residential alleys.

“We’re probably going to be going in once we see a break in the temperature next week,” said Andrew Grant, the city’s general supervisor of Infrastructure Field Operations, Parks and Roads Services.

“It’s just the logical thing to do when we’re working in these temperatures.”

In addition to city snow clearing equipment, the cold also shut down ski hills in Edmonton.

Most of Alberta is currently under an extreme cold warning.