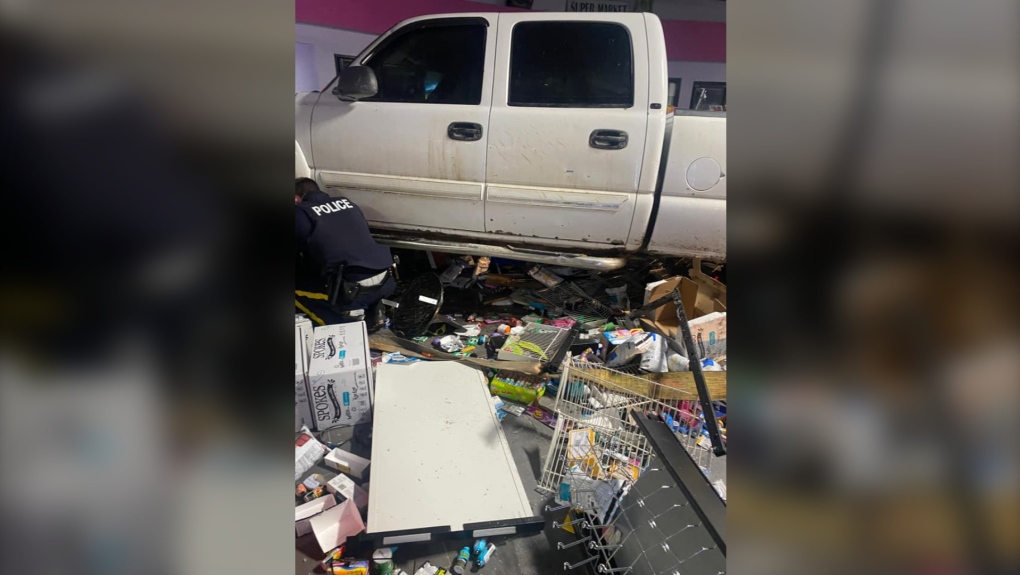 Police are investigating a break-and-enter in Thorsby, Alta., after a pickup truck rammed through the front doors of a gas station Sunday morning.

Thorsby RCMP responded to an alarm going off at the KollBrook Esso just before 2:15 a.m. and officers found an unoccupied truck inside the building.

According to police, the vehicle was reported stolen from the Drayton Valley area on Dec. 30. RCMP believe the thief or thieves were trying to steal the business’ ATM.

Back in October of 2019, RCMP said the same Esso was broken into and the ATM was stolen. Two people were arrested and charged in that incident.

Travis Shane Scott, 33, and Collin Ray McDonald, 31, both from Edmonton, were charged and convicted of possession of property obtained by crime and received six-month jail sentences, police said.

Thorsby RCMP are asking for the public’s help to find the people involved in the latest break-in. If you have any information, call 780-789-3950.

Thorsby is about 77 kilometres southwest of Edmonton.