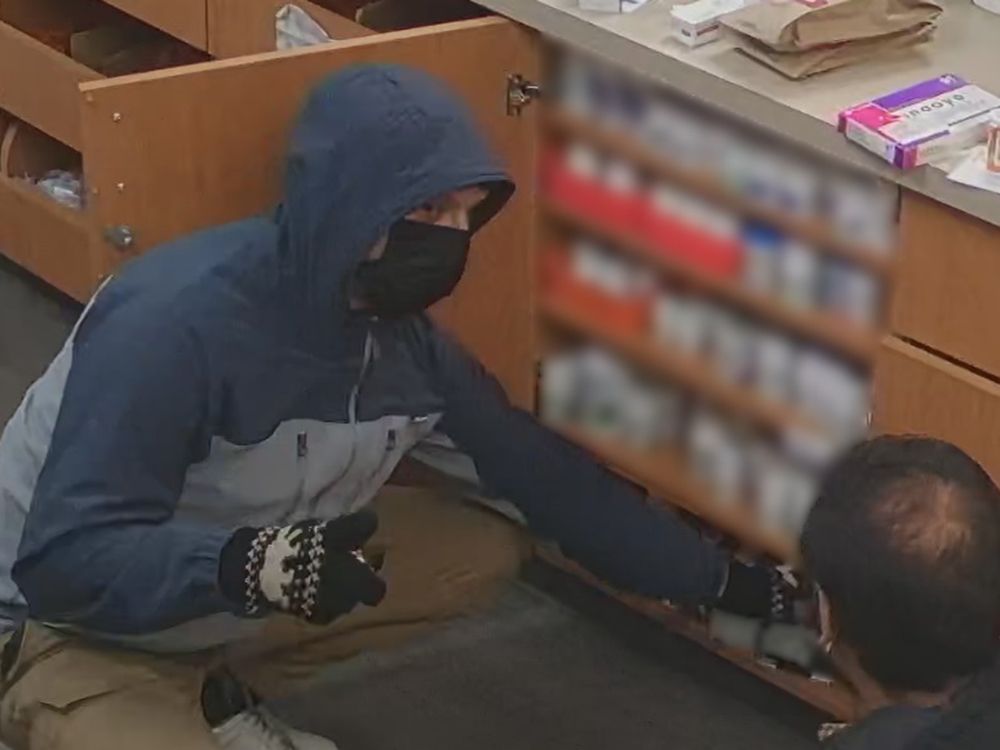 City police are seeking the identity of a suspect believed to be involved in three pharmacy robberies in Edmonton’s southside.

At about 9 a.m. Monday, officers responded to the report of a robbery with a weapon at a pharmacy in the Edgemont neighbourhood. It was reported to police that a man entered the pharmacy, threatened the staff with a gun and then fled the scene on foot with pharmaceuticals.

The man headed northwest to 42 Avenue and 204 Street.

Then at about 6:10 p.m. and 6:40 p.m. on Tuesday, officers responded to two similar robberies involving the same suspect, at pharmacies in Mill Woods and Ottewell.

The suspect is described as a 20 to 30-year-old white man, about six feet two inches to six feet three inches tall, with a medium build. He was wearing tan cargo pants, “distinctive patterned gloves,” and a dark and light blue-hooded top.

Anyone with information about the suspect’s identity or the three robberies is asked to contact police.