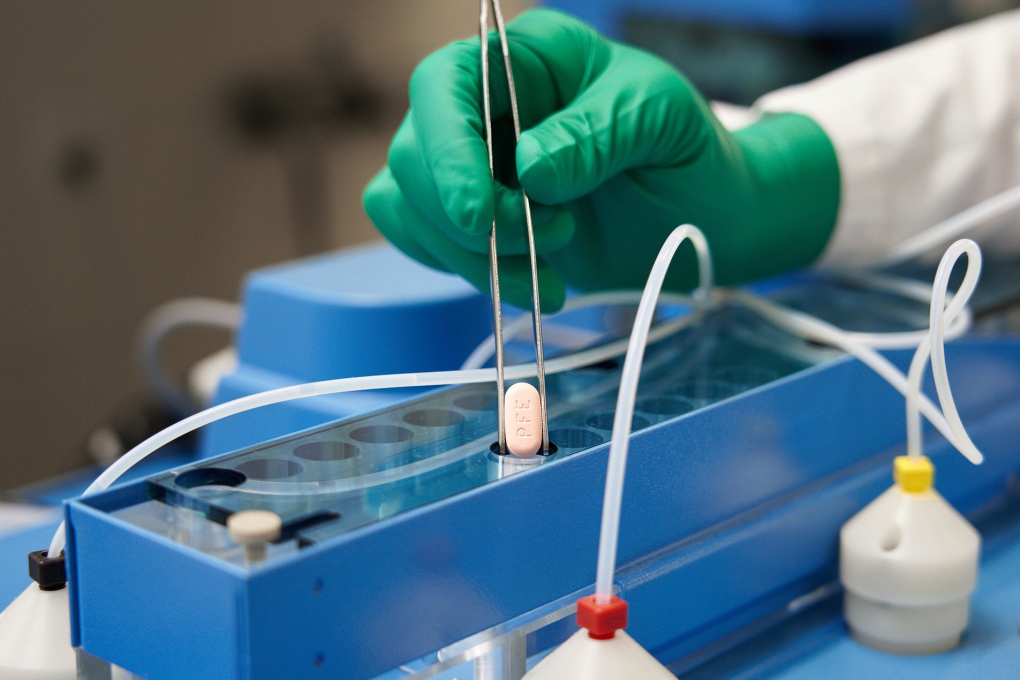 Nash has long been involved in hockey, beginning with a childhood career in the minor and junior leagues, and then a stint as an official. He spent several years making ice as a Zamboni driver before being hired by Hockey Canada in video production, that tenure taking him to Vancouver during the 2010 Olympics. More recently, he led video production for the Edmonton Oilers for five seasons, including during the construction of the city’s new arena, Rogers Place.

The passion and experience has culminated in his current role as host of a video series about the history of the National Hockey League’s many rinks, called Rinks Around the League.

So Nash knows a good sheet of ice when he sees one. And he knows how to build a rink that won’t ruin the lawn in the spring.

“We got that big dump of snow and then the cold weather, and I decided that, ‘Hey, you know what? I built hockey rinks before,'” the father of four recalled to CTV News Edmonton.

“I’m pretty sure [my kids] looked out and went, ‘What is Dad doing with a board, plank and snow?'”

As it turned out, it would be a while before they saw Dad’s vision, but Nash carried on, planning to show his viewers (as best as he was capable) how the pros do it.

Stealing baseball’s line, he promised online followers, “If you build it…”

A dump of snow mid-December was the first major step in construction.

Over about four days, Nash built the base layer out of snow: filling low spots, packing it all, packing it again by pulling his kids on a sled across the 23-by-12-foot area, and then finally sealing it with layers of mist.

“When they build ice in the NHL, they don’t just throw water down and it freezes. They actually have to build layers,” Nash said.

“I wanted to build it the way they would build it.”

The plastic-less design should help prevent Nash’s grass from dying in the spring, as the snow foundation will act as a buffer between the ground and the ice and the rink will gradually melt away. Nash published a full explanation and documentation of the process on his YouTube channel.

A bout of warmer weather nearly killed the project, but temperatures dove into the -20s C again.

That mini Zamboni? A drink cooler with a bottom drain spout. Nash hangs a towel over a coat hanger and hooks that to the cooler so as he pulls it, the towel fans water across the ice.

By this point, Nash had won over his kids.

“Once they understood Dad’s craziness, I think they were really excited for it,” he said.

The older kids helped shovel snow and paint lines. Nash’s ice isn’t perfectly proportionate to an NHL sheet, which is 200 feet long and 85 feet wide, but it’s close. His blue lines are three feet, four inches from centre ice, rather than 50 feet. Nash’s faceoff circles are 43 inches in diameter, while the NHL’s are 30 feet.

His rink was made complete with a loonie at centre ice, as is Canadian tradition, and Edmonton’s old Northlands Coliseum logo, a red snowflake compass.

The latter is a nod to the home of the 1980s Edmonton Oilers. Not only does he consider that decade the team’s hay days, Nash says the Coliseum was known then to offer some of the best ice in the league. In a video reveal of the completed rink, he calls it a fitting tribute to some of hockey’s best ice makers.

“I’m not going to pretend this is the best ice in Edmonton, but at least it’ll look good,” he says.

Beyond the achievement in detail and accuracy, the first rink Nash built for his family has been a great success.

“When I was doing one of my floods late at night, I was just thinking to myself: it’s been a real Godsend because I’ve been able to have the kids out playing on it,” he told CTV News Edmonton.

Extreme temperatures in Alberta had left the family of six feeling cooped up, especially when the provincial government announced an extended holiday school break because of COVID-19.

“Once they were able to skate on it, it was game on. They wanted to play on it almost every day,” Nash said.

The maintenance the ice requires also doubles as an opportunity to mentally reset.

“We’ve all doomscrolled through Twitter and everything’s been pretty bleak right now. Just to have a little bit of a break from that is well worth the effort,” Nash said.

If the conditions allow for it, he plans to build the ice again next winter. The family is already debating which logo deserves centre ice.

“It’s been great to see them play and reconnect with a game that I grew up playing too.”