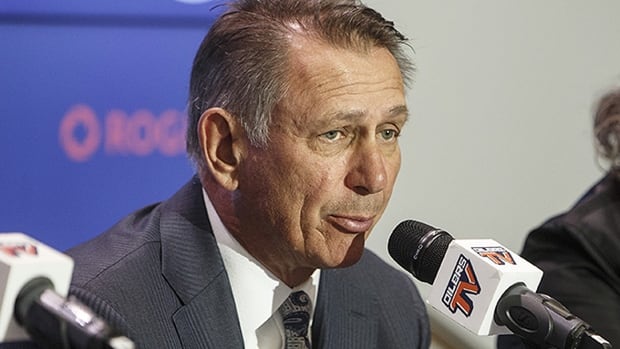 In fact, he might end up rolling out the red carpet.

The Edmonton Oilers general manager said Tuesday he’s spoken to the controversial winger’s agent after his contract was recently terminated by the San Jose Sharks.

Asked directly about Kane — now a free agent and able to sign with any team — during a media availability with reporters in Edmonton, Holland indicated he wouldn’t turn down any player in a similar situation before getting “an understanding of what’s going on.”

“I believe in second chances,” Holland said. “It’s hard to be perfect; we’re all people. We all make mistakes.

“Some make big mistakes, some make little mistakes, but it’s hard to be perfect.”

The Sharks placed Kane on unconditional waivers Saturday, stating the forward violated COVID-19 protocols while with the club’s American Hockey League affiliate. Kane went unclaimed over the subsequent 24-hour period, putting San Jose in position to terminate the remainder of the player’s contract.

A source granted anonymity told The Associated Press on Monday the NHL Players’ Association has filed a grievance against the Sharks, contending the team didn’t have sufficient grounds to make the move.

The contract termination will cost Kane, a top-six winger with seven 20-goal seasons, roughly $22.9 million US of the seven-year, $49-million deal he signed in May 2018.

The Oilers started the 2021-22 campaign 16-5-0 and led the Western Conference on Dec. 1 but are just 2-9-2 since despite Connor McDavid and Leon Draisaitl sitting tied for the NHL’s scoring lead.

Edmonton, which owns the league’s second-worst points percentage at .231 during its current slide, have 11 players in coronavirus protocol and aren’t scheduled to play again until Saturday against the Ottawa Senators at Rogers Place.

Holland, meanwhile, has known Kane’s agent, Dan Milstein, since his days as GM of the Detroit Red Wings when the latter represented Pavel Datsyuk.

“As a manager, it’s my responsibility to investigate every situation,” Holland said. “I have talked to Dan.”

The Sharks’ decision to terminate Kane’s contract ended a months-long saga in San Jose. He faced accusations of gambling on hockey and purposely losing games he bet on, as well as sexual and physical abuse from estranged wife, Anna, over the summer.

The NHL investigated and found no evidence to support those allegations but did suspend Kane for 21 games for submitting a fake COVID-19 vaccination card. When the suspension was lifted at the end of November, the Sharks placed Kane on waivers and demoted him to the AHL when he went unclaimed.

“If somebody makes a decision or does something in their life, and they make a mistake, I think they have to try to learn from it and try to change,” Holland said.

“And then they should be entitled to a second opportunity once they do some of those things.”