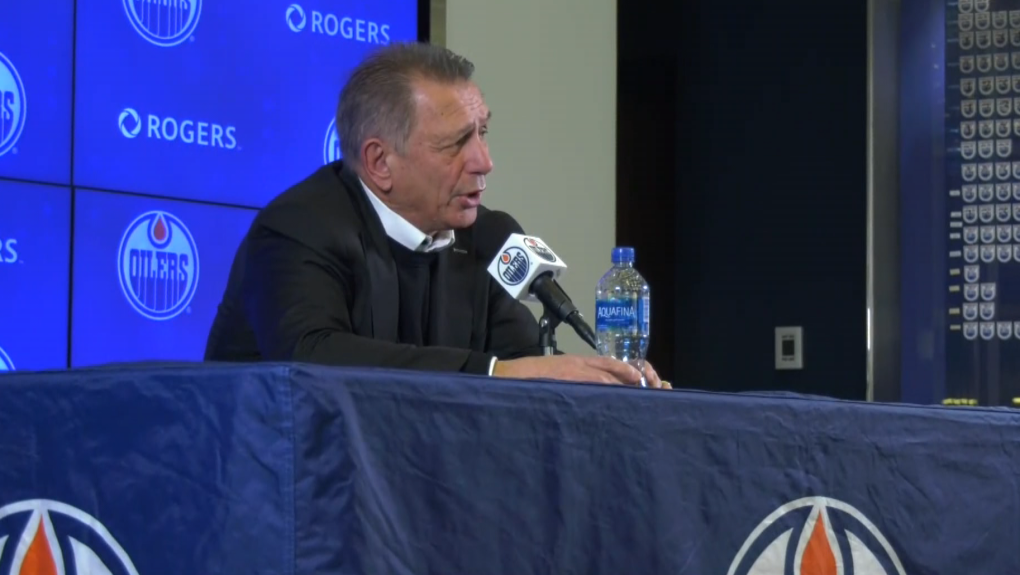 Edmonton Oilers fans who were hoping for a major shakeup of the struggling team were disappointed on Tuesday.

General Manager Ken Holland took questions from reporters at a morning press conference, but he didn’t have any changes to announce.

After a red-hot start of 16-5, the Oilers won just two of the teams last 13 games, leading some to demand a move, with the coach and goaltenders becoming popular targets for criticism.

Some NHL analysts and many fans have suggested the team should fire Head Coach Dave Tippett, who is in the final year of his contract and has not won a playoff series with the Oilers.

But in more than 20 seasons as an NHL GM, Holland has never fired a coach mid-season.

“I don’t believe in it, I guess. But I also understand that there are times when it needs to be done, or should be done,” Holland said.

Holland, a four-time Stanley Cup winner with the Detroit Red Wings, said the blame for the Oilers’ recent struggles should be shared.

“I think that over the last 13 games we’ve just sort of come derailed. We haven’t played good enough defensively. I think everyone’s gotta play better. Our goaltending, our team play, our special teams, some individuals I believe can play better,” he said.

Holland acknowledged that he’s spoken to several GMs recently about trades, but nothing has happened yet.

He’s also talked to the agent of forward Evander Kane, who is being released by the San Jose Sharks amid several controversies.

“I am working the phones, but for right now today, the solution has to be in that locker room,” Holland said.

“I believe we have a good team. I obviously built the team, so whatever happens is on me.”

Holland signed a five-year contract in 2019, and has two more seasons after this one left on his deal.

The Oilers have had several games postponed due to COVID-19 issues, but the next scheduled game is Saturday at home against the Ottawa Senators.