Edmonton police are looking for help identifying three, possibly four thieves who robbed a northeast vape shop back in November.

According to police, the woman and lone employee at the shop was trapped at the locked door and sprayed with bear spray. 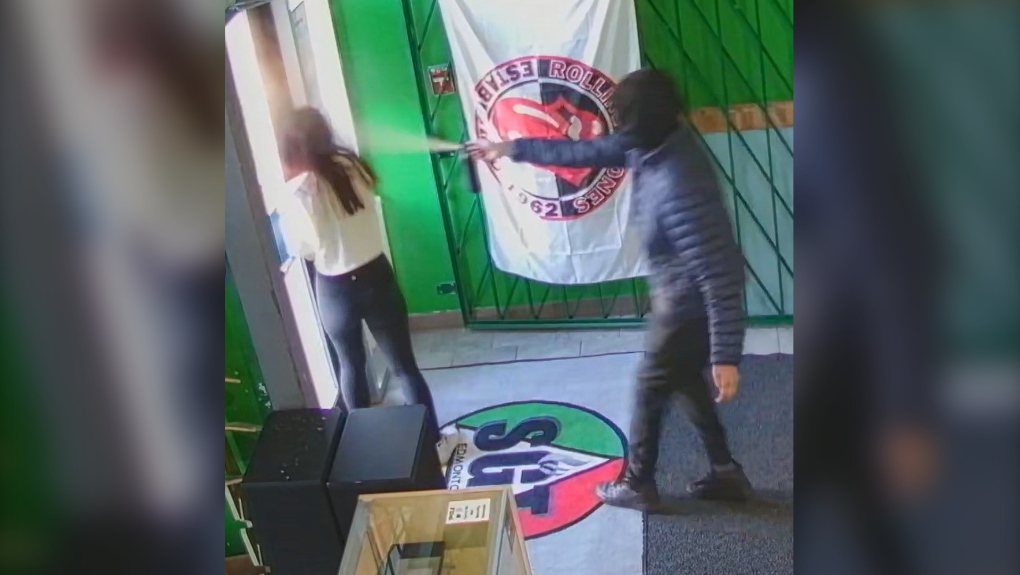 According to police, the only employee working on Nov. 11 at a vape shop in northeast Edmonton was sprayed with bear spray during a robbery. (Source: EPS)

The thieves are described as Black with thin builds and under the age of 20. Police said two of the thieves were men and one was a woman.

The woman was last seen wearing red and black plaid pants and one of the men had red sweat pants with a red and blue jacket.

Police said a second woman was in the store at the time of the robbery and stole some items. However, officers say it’s not clear whether she was involved or “took advantage of the opportunity to steal.”

Video of the robbery has been put online by the Edmonton Police Service. Watch it here.

Anyone with information regarding the incident is asked to call EPS at 780-423-4567.