A section of a west Edmonton road was under water after a water main break Wednesday evening.

The break happened at Callingwood Road and 178 Street, according to EPCOR.

Water pooled on multiple lanes of 178 Street and on part of the intersection. 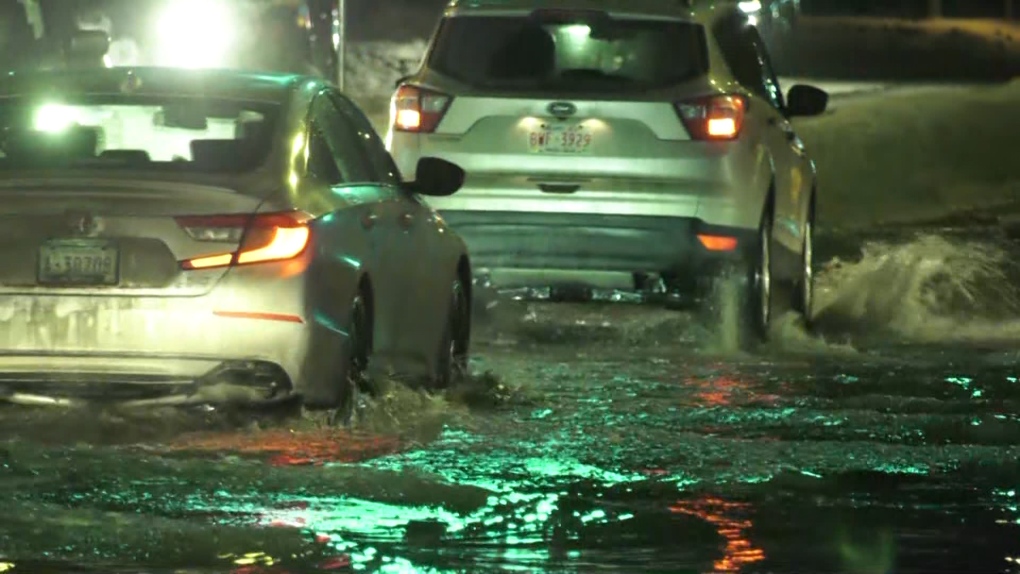 EPCOR officials said a frozen catch basin contributed to ponding in the area. EPCOR water and drainage crews are working to clear it.

Residents in a nearby neighbourhood were shovelling snow and ice away from catch basins to give the water a place to drain.

Residents in a neighbourhood near the break shovelling snow and ice away from catch basins. Jan. 12, 2022. (CTV News Edmonton)

Owen Buffie said he noticed the water starting to accumulate in the neighbourhood around 5 p.m.

“It started out being big wet patches, and there was water coming into our basement through a crack in the wall,” said Buffie.

“It hasn’t gotten to the point where it’s like up to our knees or anything, but there’s a layer of water on all the floors in the basement right now. And the worst part is we don’t know where it’s coming from.”

EPCOR says crews are working as quickly and safely as possible to restore service.