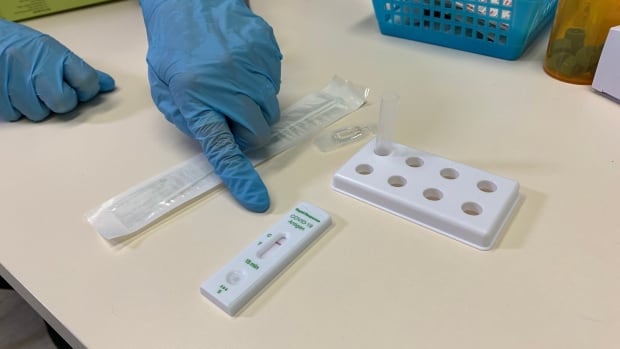 Public health officials reported five more COVID-19 deaths Friday, while dozens of more Albertans have been admitted to hospital to be treated for the illness.

The five Albertans who died were in their 80s or 90s, and they each died earlier this week. The number of Albertans to die from COVID-19 since the pandemic began is now 3,380.

Meanwhile, the significant spread of the Omicron variant has resulted in 36 more people requiring hospital care since Thursday’s update.

As of Friday, there are 822 Albertans in hospital due to COVID-19, including 82 intensive care patients — up three from Thursday.

A week ago, there were 504 people in hospital with COVID-19.

Another 6,163 COVID-19 cases have been identified in Alberta. They were detected through 16,541 PCR tests, resulting in a provincial test-positivity rate of 37.88 per cent.

Test-positivity was highest in the South zone, which recorded a rate of 43.04 per cent.

There are 64,129 known active COVID-19 cases in Alberta Friday, more than triple the peak of the fourth wave last fall.

Most Albertans cannot access PCR tests at this time, however. So case counts and test-positivity are expected to be much higher, as the reported numbers do not include rapid test results.

More than eight million doses of COVID-19 vaccine have been administered in Alberta since the first vaccinations in December 2020, the provincial government announced via news release Friday.

About 73.4 per cent of Alberta’s entire population, including those not eligible for the vaccine, has gotten two jabs.