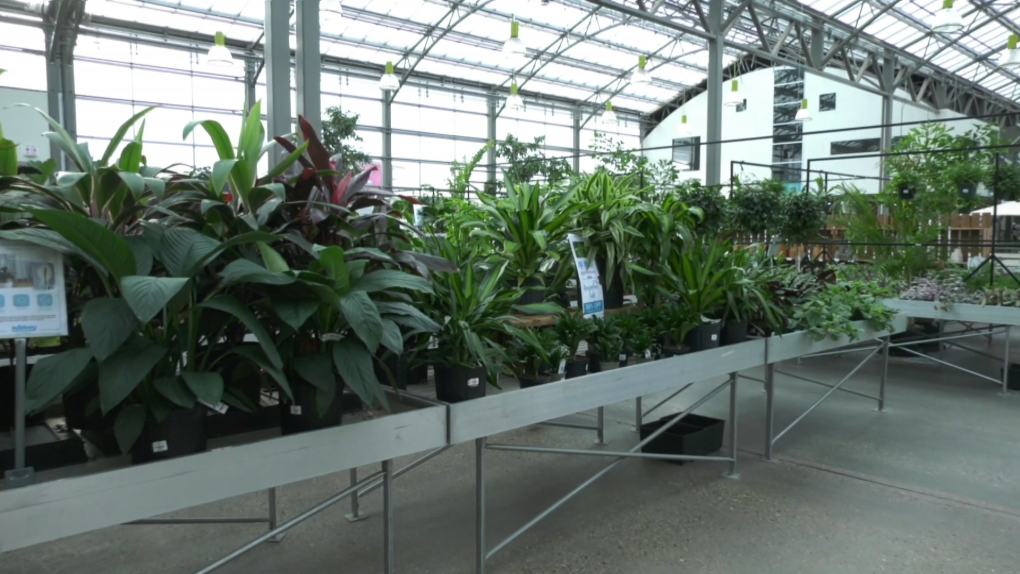 With the pandemic inspiring some to make lifestyle changes, many have decided to add more green companions to their homes.

Rob Sproule, co-owner of Salisbury Greenhouse, says the garden centre has seen a significant increase in people looking for houseplants since the pandemic began.

“More people are staying at home. They’re not travelling in the winter as much. They’re inside more,” he said. “They want fresher spaces and cleaner air inside.”

“Really, all houseplants have seen a big resurgence right now.”

For beginners looking to spruce up their living areas, Sproule recommends a spider plant, English ivy, or snake plant.

“Those are probably the top three hardest to kill plants,” he said.

“By beginner, I mean people who forget to water for a week or two.”

When it comes to plant placement, Sproule says you need to consider how much sunlight an area receives and how close that plant is to another one. According to him, NASA recommends no more than two plants per 100 square feet for maximum growth potential.

NOT A HEPA FILTER, BUT SOMETHING

Many plants are being sought out not only for their aesthetic or charm but their ability to remove toxins from the air.

“There are some plants that do a wonderful job of removing toxins from the air,” Sproule added. “They eat poison as if eating sunlight was not enough.

“(Others) remove chemicals from the air,” he said, “so they’re all a little different.

“I mean, it’s not a HEPA filter, it’s different, but NASA’s done studies with rooms with (plants inside).”

While certain plants have more air cleaning potential than others, Sproule said any can make an impact.

“Even (with) one of them, you’re going to feel a difference,” he said.

“Spider plants are huge right now because they’re so easy (to care for), and they clean the air like crazy,” Sproule said, adding they can remove carbon monoxide from the air.

Sproule said Boston ferns are another helpful plant to have around a home as they can remove formaldehyde, a common chemical found in cloth and dyes.

For snake plants, Sproule recommended placing them in a bedroom since they tend to release oxygen and clear airborne toxins.

The important thing is to ensure if a plant is dying that you remove it so that it doesn’t introduce toxins to an area, Sproule said.

“Sometimes they actually store the toxins, so if the plant starts to die and break down, you want to get rid of it, so it doesn’t start releasing toxins back into the air,” he said.

For Ashley Soriano, plants represent so much more than simply something to water.

“They make a difference,” Soriano said. “I like to buy small plants and really watch them get big.”

“(I get them for) obviously the science behind cleaning the air,” she said. “But it’s also helped with mental health, taking care of them, seeing them grow.”