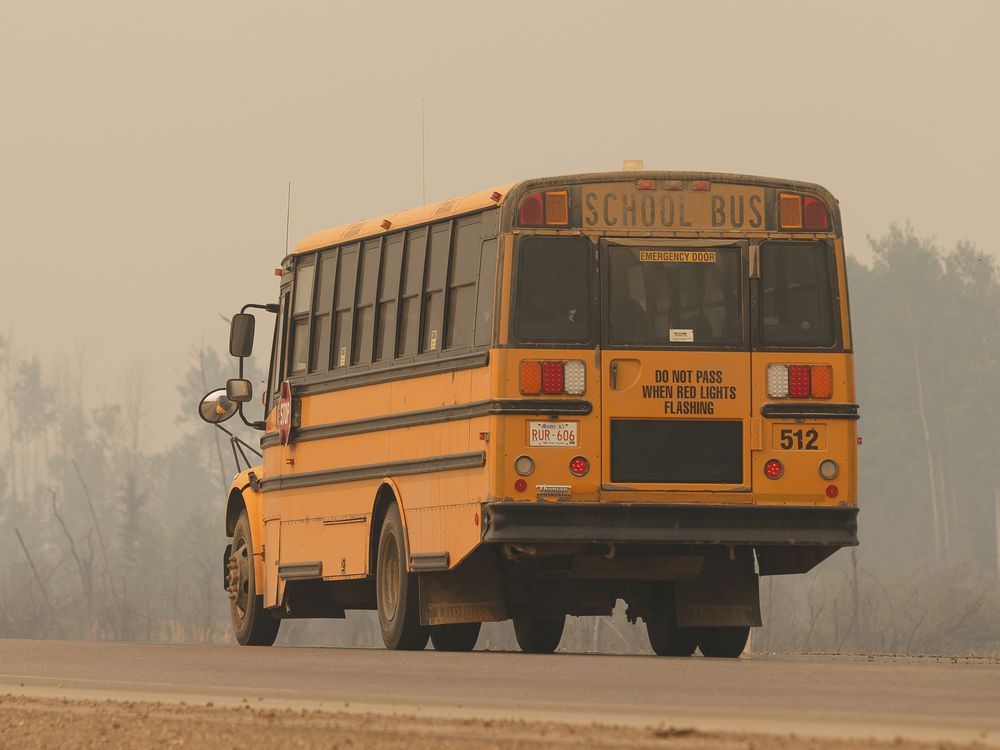 St. Paul school division has cut ties with a bus driver after a young child was left on a school bus and later found wandering a rural road.

In a statement Wednesday, St. Paul Education said a kindergarten student travelling to a division school by bus Tuesday remained on the vehicle past the intended stop and continued to the driver’s yard, where the child exited the parked bus and proceeded to a rural road.

A concerned citizen found and transported the child to the RCMP, the division added.

Speaking to Postmedia by phone Saturday, division superintendent Glen Brodziak attributed the incident to a “mistake,” but was clear that the driver involved, who he said works for a private company, “will not be driving for us anymore.”

“At the end of the day, this was something that we absolutely cannot have repeated,” Brodziak said.

According to the division, drivers are trained to inspect the bus and ensure it is empty before exiting the vehicle. But in this case that didn’t happen, Brodziak said.

Drivers are required to complete a mandatory review of the procedure twice a year, Brodziak added, but the incident has prompted the division to consider additional security measures, such as an alarm that drivers can only disengage at the back of the bus, thereby forcing a walkthrough.

Alberta RCMP have also opened an investigation after receiving a report at about 9:30 a.m. Tuesday of a five-year-old child found wandering Highway 881 near Township Road 582 in the County of St. Paul, about 195 km northeast of Edmonton.

According to Mounties, a driver found and transported the child to an RCMP detachment. However, RCMP are still looking for dashcam video recorded between 8:45 a.m. to 9:30 a.m. in the area the child was found.

The school authority said it will fully co-operate with an RCMP investigation and it’s thankful for the safe return of the child.

RCMP ask anyone with information related to the incident to please contact local police or the St. Paul detachment at 780-645-8870. Tipsters seeking anonymity can call Crime Stoppers at 1-800-222-8477 or submit an online report at P3Tips.com.

— With files from Kellen Taniguchi