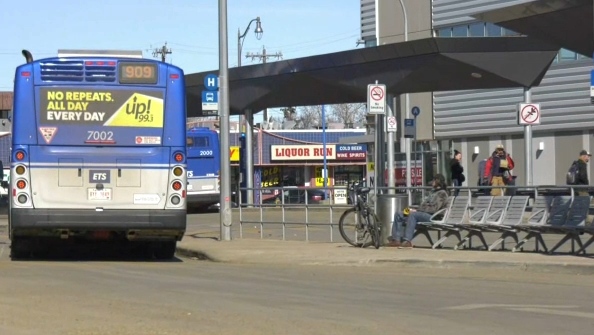 Three people were assaulted by a pair of attackers Tuesday morning near a west Edmonton transit centre, and police are still looking for one of the people responsible.

Officers responded to a personal robbery at the Jasper Place Transit Terminal at 156 Street and Stony Plain Road around 9 a.m.

There, they found a 16-year-old-boy that they said had been assaulted and robbed.

“During a search for the suspects, police discovered a 56-year-old male who was standing outside of a liquor store at 101 Avenue and 156 Street had been unprovokedly assaulted by the same suspects,” confirmed Edmonton Police Service spokesperson Landis Reichle.

Police did not provide a description of the second suspect they were still looking for on Friday.