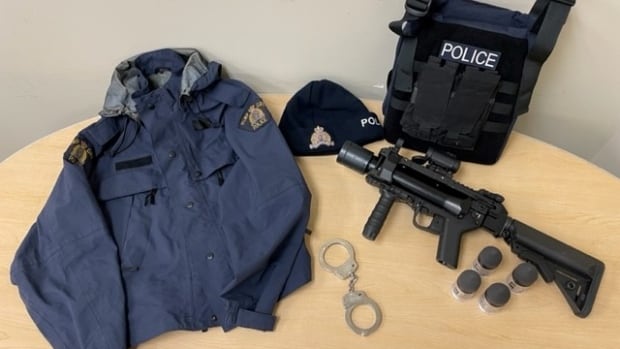 RCMP say a man is in custody after a police uniform and equipment were stolen from a cruiser in northern Alberta.

Mounties from the Grande Prairie detachment say officers located a reported stolen vehicle Wednesday with a man and a woman inside.

The woman was arrested, but the man managed to flee on foot before driving off in an unsecured police vehicle.

Police say the vehicle, an RCMP jacket and hard body armour have been recovered, but the 40-millimetre extended range impact weapon that shoots low-velocity sponge rounds is still missing.

Mounties say the weapon is not lethal, but can cause serious harm should it be used near someone.

They are asking anyone with information to come forward.

Police did not say whether the 31-year-old man in custody has been charged.