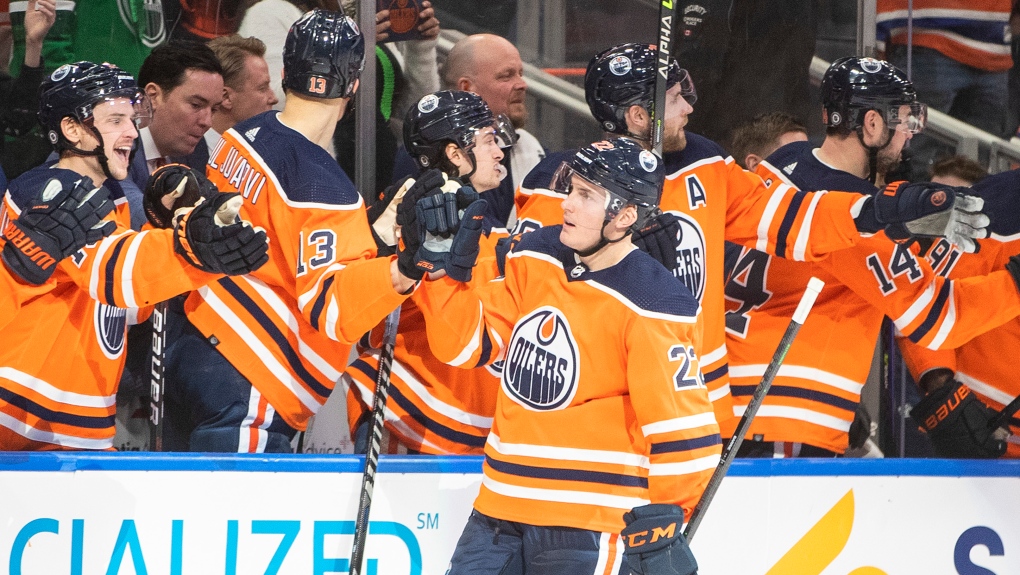 The Edmonton Oilers are hosting an Eastern Conference opponent that is out of playoff contention for the third consecutive game.

The Oilers seek their second five-game winning streak under new coach Jay Woodcroft on Saturday afternoon when they host the New Jersey Devils.

Edmonton, which is 11-5-1 since Woodcroft replaced Dave Tippett, has produced 21 goals during the past four games against the Washington Capitals, Tampa Bay Lightning, Detroit Red Wings and Buffalo Sabres. This streak comes on the heels of a 2-5-1 stretch in which Edmonton scored more than three goals on just one occasion.

The last two wins have seen the Oilers produce two of their most productive nights of the season in drastically different games defensively.

On Tuesday, the Oilers picked up a 7-5 victory over Detroit in a game in which they led 4-1 after the opening period and allowed the Red Wings to forge a 5-5 tie 6:32 into the third.

On Thursday, the outcome was never in doubt in a 6-1 rout of Buffalo.

“I think you saw what transpired when we played Detroit, you’re playing teams not really in the race and playing loose and have some good young speed and talent,” Edmonton’s Zach Hyman said. “The Detroit game was a good lesson for us and it was nice to have learned from that and put it to the test.”

Captain Connor McDavid scored a goal in his fourth straight game while Leon Draisaitl joined Toronto Maple Leafs forward Auston Matthews and Chris Kreider of the New York Rangers as the third player to 40 goals this season. McDavid and Draisaitl have combined for seven goals during Edmonton’s fifth winning streak of at least four games.

The Devils are coming off consecutive 6-3 losses to the Vancouver Canucks and Calgary Flames to begin their three-game road trip.

New Jersey has lost each of its last five road games and has allowed 27 goals in that skid. The Devils tied the game twice against Calgary on Wednesday before permitting three goals in a span of 3:29 in the second period.

Rookie Nico Dawes allowed four goals on 19 shots before being replaced by Jon Gillies for the second straight night.

The Devils allowed at least six goals for the eighth time Wednesday and used a lineup of 10 forwards and eight defensemen because Pavel Zacha and Andreas Johnsson sat out. Zacha missed the game with an upper-body injury and Johnsson sat out with an eye laceration.

New Jersey claimed the first meeting after Jack Hughes scored 2:55 into overtime of a 6-5 victory on Dec. 31 in Newark, N.J.