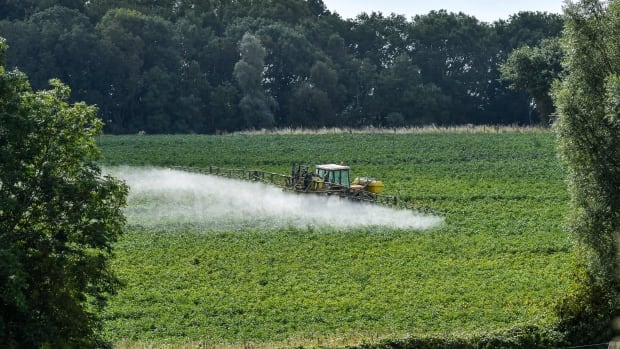 Alberta’s auditor general says the province’s lack of oversight into the use and sale of pesticides in the province could be putting people’s health and the environment at risk.

In a report released Tuesday, auditor Doug Wylie’s office found people and businesses may have sold 80 products in 2018 that were illegal in Canada and that inspectors aren’t checking whether the people applying pesticides are properly certified.

Pesticide sales in Alberta rose 40 per cent over a decade, and their use in agriculture is intensifying, the report said.

The auditor also found admissions where people had applied too much pesticide near bodies of water, or applied pesticides in unsafe weather conditions, which went unnoticed by the ministry of environment and parks.

The auditor also said the provincial government’s list of registered pesticides is out of date and inaccurate.

When staff reviewed the site, they found about 1,000 legal products missing, and 700 products included that the federal government now prohibits in Canada. The environment department told the auditor it was working on updating the list.

Alberta stopped proactive inspections of pesticide applicators in 2017, which the auditor says is out of step with many other provinces. The auditor raised concerns, too, with a lack of compiling and publicly posting the measured levels of pesticides in water.

The report said the environment department’s pesticide regulatory program has three employees. Whether that’s enough personnel to adequately run the program is a question for the government, Wylie said.

Environment and parks spokesperson Carla Jones said in an email the department is thankful for the auditor’s recommendations for improvement. She did not address the staffing question.

“We accept the department needs to clarify its processes related to pesticide sale, use, storage, transportation and disposal,” she said. “Work is already underway to address this part of our regulatory transformation.”

Although the program was well run, the government neglected to prepare for unexpected events — such as a surge in oil prices. Wylie said that made it increasingly difficult to find companies who wanted to do the reclamation work rather than oil production.

At the end of 2021, there was still $420 million up for grabs, and grants for the work must be issued by March 31. Any money still in provincial hands by March 2023 must be returned to the federal government.

Assistant auditor Eric Leonty said the deadline is looming, and it would be unfortunate if Alberta had to leave that money on the table.

The auditor also looked at how the health department managed grants to ARCHES, or, the AIDS Outreach Community Harm Reduction Education Support Society. The organization operated Lethbridge’s only supervised consumption site program until an external audit found $1.6 million of public grant money was unaccounted for. After awarding the organization more than $18 million in grants over three years, the province pulled its grant funding in August 2020, and the organization ultimately closed.

The auditor said ARCHES filed documents with the health department showing how it was using the grant money, but there was no evidence anyone had reviewed that information. Wylie made three recommendations for how the department can better monitor whether organizations receiving grants are spending the money appropriately.

This kind of monitoring may be perceived as overly bureaucratic, but the ARCHES case highlights the potential risks when the government isn’t keeping a close eye on grant recipients, he said.