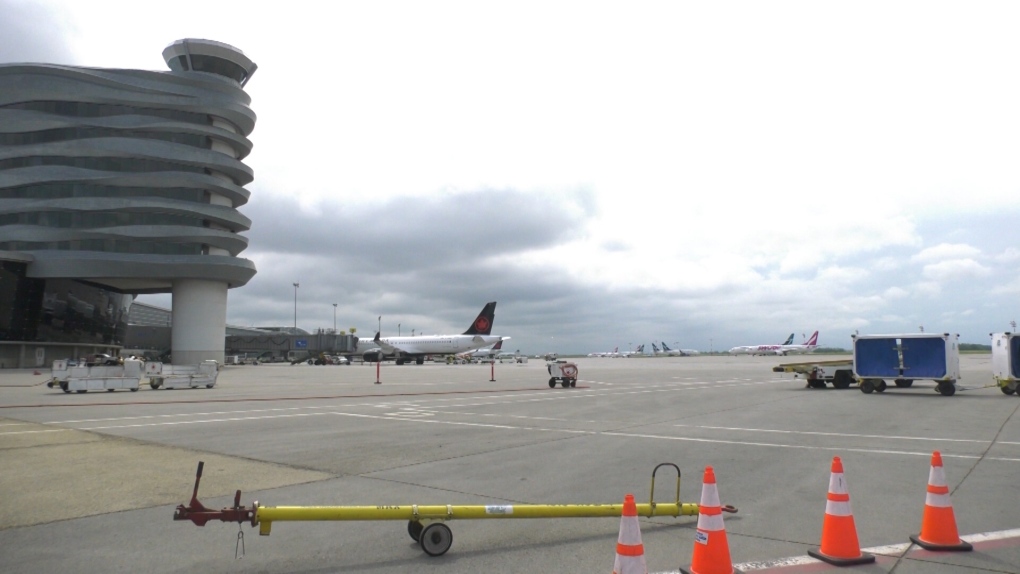 The Edmonton International Airport (EIA) is expecting its busiest travel season in over two years this spring and summer.

“The airlines are putting a lot of capacity into the market and people are willing to travel, which is great,” said Myron Keehn, vice president of air service and business development at EIA.

Multiple airlines flying out of Edmonton are returning to full schedules for the first time since 2019, including WestJet and Edmonton based Flair airlines.

Keehn says with the change of season and the federal government lifting COVID-19 restrictions for both inbound and outbound travelers come April, demand for travel is on the rise.

“What we’re starting to see of course with the spring weather – that’s hopefully here to stay – is that people are open to travel again,” said Keehn.

The airport is also hoping to attract travelers with a number of new direct flights.

A total 54 direct flights will be launching out of EIA this season, in comparison to the 11 available routes last spring.

That includes direct flights to international destinations including Nashville and San Diego, with additional direct domestic flights travelling to the East coast.

While it will take time, Keehn is hoping this spring and summer season will help recover an industry hard hit by the pandemic.

“We’re expecting it to take a couple years to remount back to where we were, which is around 8.1 to 8.2 million passengers,” said Keehn.

Keehn says the current average number of passengers coming in and out of the airport has been hovering around the two-million mark.

“What we’re hoping to see is that people are comfortable travelling, confident travelling,” said Keehn.