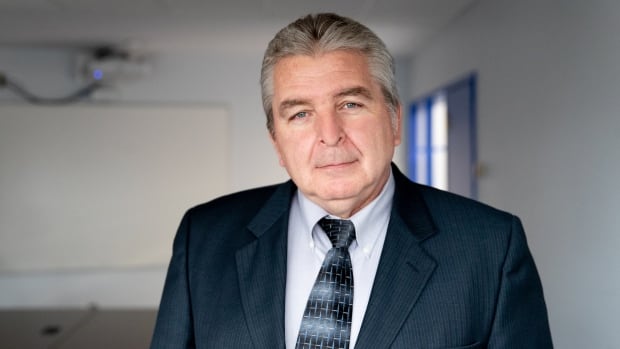 One day after being released from a safehouse where children with drug and alcohol dependencies are placed for detox, Barry succumbed to a drug overdose.

The 15-year-old Alberta boy, who died in hospital last year after being found unconscious, loved sports, baking and rap music. But he’d had a difficult childhood.

His death, along with those of 14 other Alberta children, is documented in the final report from Alberta child and youth advocate Del Graff, who is retiring after 11 years.

In addition to a recommendation to improve care for children with complex needs, the Tuesday report calls on the provincial government to do a better job of actually implementing them.

“As our recommendations are currently not binding, the government must do more to hold ministries to account,” Graff wrote.

Citing an unprecedented spike in the number of deaths among children in care, Graff repeated his calls for improved oversight.  He said ministry officials should report on their progress by regularly appearing before a committee of MLAs.

Under Alberta law, the child advocate must conduct reviews into the deaths of young people who die in care or within two years of receiving care. There is no there is no mechanism for ministries to formally account for what, if any, actions have been taken.

Fourteen children included in Tuesday’s report died between April 1 and Sept. 30, 2021 Another died earlier but the investigation had been stayed until now. They ranged in age from 12 to 19.

Five died from substance-related issues, three by suicide and three were victims of homicide. There were also three deaths from medical causes and one motor vehicle accident fatality.

Four other deaths during the time period were also reported but because stays were requested, those reviews will be released at a later date.

“We have recently seen an unprecedented number of deaths,” Graff said. “This is the largest report we have released during a six-month period, and it is troubling that this report contains the circumstances of so many young people.”

Graff noted that 11 were Indigenous, “highlighting their continued vulnerability and over-representation in government systems.”

The circumstances of Barry’s death were not unique.

Exposed to parental substance use, housing instability and violence at a young age, Barry was shuttled from home to home. At five, he was diagnosed with severe fine motor and learning delays and oppositional defiant disorder.

By 13, he was in government care, struggling with substance abuse and thoughts of suicide.

Like many within Alberta’s child welfare system, he didn’t get the mental health support he needed, Graff said.

By the time services were offered to him, the negative impact of his experiences was deep and entrenched.-Del Graff

“By the time services were offered to him, the negative impact of his experiences was deep and entrenched.”

Graff wants a process developed by the ministries of health, education, and community and social services that will ensure “collaborative and co-ordinated” services for children with complex needs.

Because of the high number of deaths investigated, Graff adjusted his report to draw attention to common issues they faced — things like gaps in care and service delivery that, if left unaddressed, will continue to put children at risk, Graff cautioned.

“These issues are not new,” he wrote. “Rather, they persist despite numerous recommendations to address them, which amplifies the need for stronger accountability.”

Some progress has been made since he first raised the issue in 2019 but the lack of safe housing options — separate from emergency shelters — remains a concern, he said.

Graff said another gap relates to emotional injury — the psychological harm caused to children who are subjected to abuse or neglect.

He said caseworkers need proper training in measuring this type of trauma to ensure the childrens’ emotional needs are met.

“As these young people experienced increased difficulties in their day-to-day lives, the child-serving systems involved struggled to meet their evolving needs.”

On April 4, Terri Pelton will be sworn in as Alberta’s new child and youth advocate. She has served on Graff’s strategic leadership team since 2011.