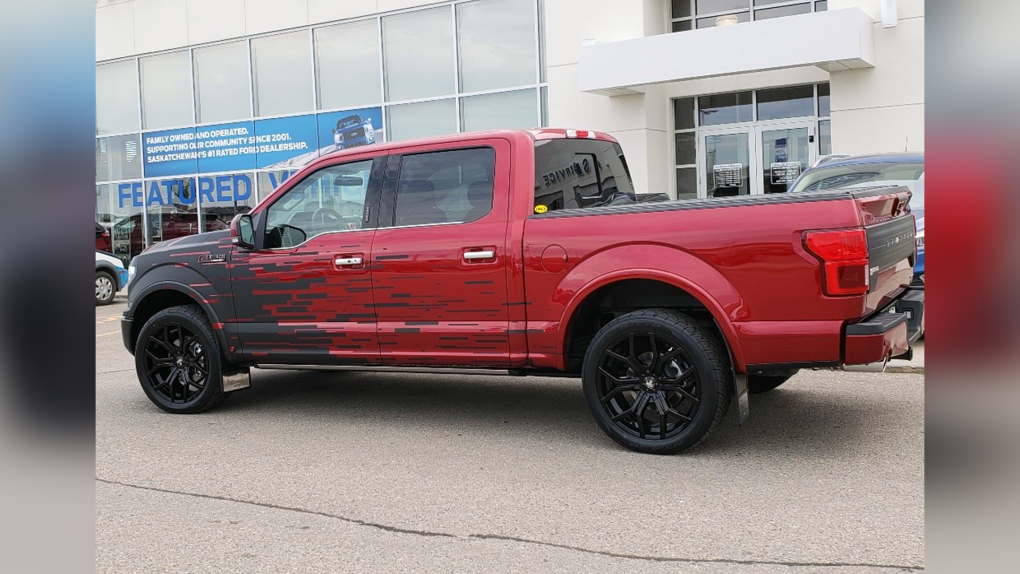 Three men from Ontario have been charged by Edmonton police in connection to dozens of Ford F-150 thefts.

The trio are accused of theft of motor vehicle, possession of stolen property over $5,000, and possession of break-in instruments:

Seven of 40 trucks stolen during the course of Edmonton Police Service’s investigation have been recovered, EPS said in a statement Wednesday.

Police issued a warning to the public in late February after more than a dozen 2018, 2019 and 2020 models were stolen over a two-day period. They said the thieves were using “sophisticated technology” to bypass Ford’s anti-theft system.

A security expert suggested the thefts were happening in one of two ways: either by boosting the signal of a nearby factory key fob and making the truck think it was being started, or with a tool that tricks the truck into thinking a new key is being programmed for it.

The F-150s are in high demand both as a popular vehicle and because of worldwide chip shortages.