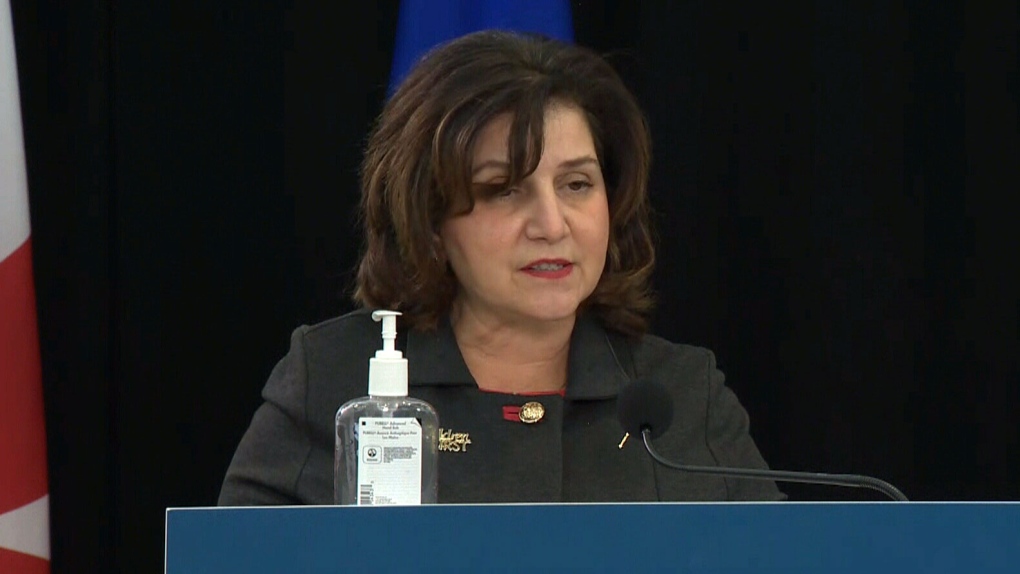 Alberta is proposing new rules that would prevent the Alberta Teachers’ Association from disciplining its members who would instead be dealt with by an independent commissioner.

Education Minister Adriana LaGrange says it’s a conflict of interest for the teachers union to be responsible for defending its members through collective bargaining while also being the sole arbiter in taking them to task.

“At its core, this is about keeping students safe,” LaGrange said Thursday before introducing the bill in the legislature.

“The result of this bill will be to have one legislative structure to govern matters of discipline for the entire profession.”

LaGrange said Alberta is the only province where disciplining teachers isn’t hived off from a union’s advocacy function.

The teachers’ association already pushed back against the bill when LaGrange signalled that it was coming. It said it was in the best position to enforce rules and behaviour.

LaGrange said the proposed law wouldn’t impair the union’s ability to stand up for its members, particularly in contract talks.

“The ATA would have you believe that this is an attack on teachers. Nothing, but nothing, could be further from the truth,” said LaGrange.

The bill aims to consolidate existing teacher disciplinary methods and codes of conduct under one set of rules binding on all.

Right now, the teachers’ association handles discipline for its active members, which represent almost 90 per cent of instructors, principals and other education leaders.

The rest, including teachers in First Nations communities and at public charter schools, are overseen by Alberta Education.

The bill proposes that any allegations of incompetence or unprofessional conduct be handled by a single commissioner appointed by cabinet for a five-year term.

All complaints would initially go to the commissioner, who would be allowed to make summary decisions, send complaints to mediation or dispute resolution, or have cases heard by a panel of teachers and members of the public.

The education minister would still have the final word, as is now the case. The minister can order disciplinary action ranging from a letter of reprimand to cancellation of a teaching certificate.

The bill also calls for more transparency. Findings of unprofessional conduct or incompetence would be posted online.

Employers would be required to report all disciplinary action, including milder punishments, rather than just more serious consequences like suspensions and certificate terminations.

“As a former school board trustee and since becoming (education) minister, I’ve heard heartbreaking stories of gross teacher misconduct. These situations have had devastating and long-lasting effects on students and their families,” said LaGrange.

The goal is to have the new rules in place by the start of next year.

This report by The Canadian Press was first published March 31, 2022.