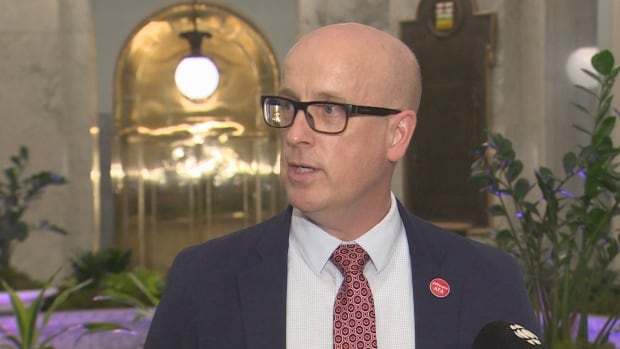 Education Minister Adriana LaGrange introduced a bill Thursday to create a separate body for disciplining teachers, taking the responsibility away from the Alberta Teachers’ Association.

The new Alberta Teaching Profession Commissioner would be appointed by cabinet through an order in council but is intended to operate at arm’s length from government.

The ATA would retain its function as the union for the majority of the province’s teachers. The new system is proposed to take effect Jan. 1, 2023.

In addition to teachers represented by the ATA, the commissioner would take over discipline of non-unionized teachers who work in charter, private and First Nations schools and school superintendents, whose professional college was supposed to start disciplining members this fall.

LaGrange claims the commission would result in quicker resolution of complaints and streamline the process.

“The result of this bill will be to have one legislative structure to govern matters of discipline for the entire profession, by one organization, using a consistent, effective and efficient process,” she said.

Bill 15 brings an election promise made by the governing United Conservative Party to the floor of the Alberta Legislature. The government claims the ATA is in a conflict of interest for acting as both bargaining agent and regulatory college for teachers.

Under the new process, complaints would be directed to the education ministry’s registrar which keeps its responsibility for teacher certification.

The registrar alerts the commissioner, who has 30 days to assess the complaint. If the complaint requires additional inquiries, an investigation must begin within 30 days. However, there is no timeline for when the process must come to a conclusion.

The commissioner will make findings and recommendations to the education minister on complaints. The minister then makes the final decision on whether to issue a letter of reprimand, dismiss a complaint or suspend or cancel a teaching certificate.

All hearing dates and decisions with a finding of professional misconduct or incompetence will be posted online.

The ATA said the bill is vindictive and meant to punish teachers.

The association has disciplined its own members for more than 85 years.

President Jason Schilling said the ATA process is transparent and accountable to the public. He disputes LaGrange’s claim the association is biased toward teachers in the disciplinary process.

“We hold our teachers to account,” Schilling said. “Because that’s what the public expects of professionals and that is what we do.

The association currently has six full-time staff investigators. It also has another group of nine retired staff members and retired police officers it contracts for investigations.

“The UCP government has been attacking Alberta teachers for three years and this bill is just more political harassment from an education minister desperate to distract from the catalog of harm she has inflicted on our education system,” said Sarah Hoffman, MLA for Edmonton-Glenora and the NDP education critic.