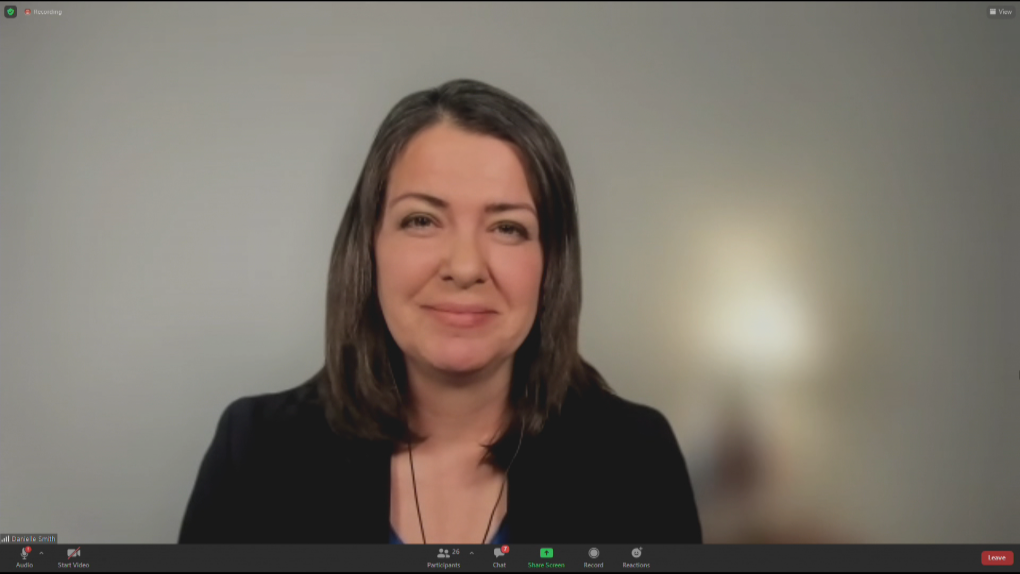 Former Alberta politician Danielle Smith is trying to get back into the legislature.

Smith announced that she’ll be seeking the nomination candidacy for the United Conservative Party in the Livingstone-Macleod riding during a press conference Friday morning.

But her aspirations are bigger than the seat.

Smith made it clear Friday that she has her eyes set on the UCP leadership.

“If (members) want to go to a leadership contest, then I will put my name in that,” she said. “I would be quite delighted to represent the people of this province in that capacity.”

Most polls show Premier Jason Kenney has a low approval rating, despite his party slowly trending in the opposite direction.

Smith agrees with the assessment.

“I was very supportive of the premier in his first year on the job,” she said, “and I feel badly for him that his leadership has been disrupted by COVID.

“I have been a supporter of Alberta exerting its autonomy more and more.”

Smith also expressed displeasure with the current leadership review process, which is set to start next week and will decide Kenney’s future.

“The party made a grave mistake when they canceled the general meeting in Red Deer,” she said. “When it looked like the premier was going to lose, (the party) cancelled it.”

Smith says she wants to focus on issues within the agriculture sector and on supply chain shortages.

She’s also focused on vaccine mandates and natural immunity, the cost of fuel and provincial land use.

Smith is the former leader of the Wildrose Party who left the opposition in 2014 to cross the floor to the sitting Progressive Conservatives.

The next year, Smith lost her bid for the PC nod in Highwood.

She then turned her attention to a daily radio show, which ended in January 2021.

The current UCP MLA in the Livingstone-Macleod riding is Roger Reid.