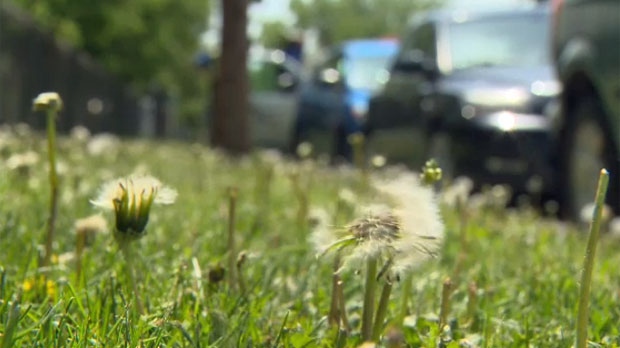 Alberta’s auditor general has found that legislation and oversight of pesticide use by Alberta’s environment ministry are “not sufficient” to minimize the risk of improper use.

Auditor General Doug Wylie found publicly available information produced by the province on registered pesticide products and their use was “not current and accurate,” in addition to instances where illegal products may have been sold in 2018.

“We conclude that the department did not have adequate processes to minimize the risk of inappropriate pesticide use in Alberta,” the report said.

Other deficiencies included not having proactive measures to monitor compliance with regulatory requirements and that processes to ensure pesticides are applied by certified individuals are “not sufficient.”

The ministry told the auditor general it relies on the public to report instances of non-compliance. According to the audit, 250 registered businesses employing pesticide applicators had personnel who were no longer certified in January last year.

Instances of pesticides being applied in unsafe weather conditions or where people had used too much product near water were found by the auditor general, but the ministry of environment and parks “did not identify these issues.”

According to the auditor general, the ministry of environment and parks stopped proactive pesticide inspections in 2017 and compliance activities since then were “insufficient” to detect rulebreaking activity.

“Albertans need assurance that the department has adequate processes to identify and mitigate the health and environmental risks from the sale, use, storage and disposal of pesticides,” the report said.

“This includes risk-based compliance monitoring, reporting reliable information for sellers and users and regular evaluation of the program results against the desired outcomes.”

“The department compiled the data but did not examine it for compliance monitoring purposes,” the audit noted. “For example, it did not verify if all products sold were registered.”

When the auditor general reached out to the ministry, staff acknowledged that illegal products “may have been sold,” but follow-up investigation would be required and that product data “may have errors.”

The auditor general report, released on March 23, covered operations from January 2019 to January 2021 using interviews with management, examining records of approvals and registrations, examining processes for compliance monitoring, and comparing other Canadian territories and provinces.

According to the report, while pesticides are useful for agriculture and managing disease-carrying pests, when used improperly, they can pose serious health risks to humans, animals, and the environment.

Pesticides are regulated by all levels of government in Canada, with the federal government determining which pesticides can be used in Canada and minimum requirements for safe usage.

Provinces are charged with overseeing the use, transportation, storage, and disposal of pesticides. Municipalities can create further bylaws to set conditions on where, when, and how pesticides can be used.

‘ONE OF THE BEST IN THE COUNTRY’

Paul Hamnett, press secretary to Environment and Parks Minister Jason Nixon, said Alberta’s pesticides management program “is one of the best in the country,” with “adequate” legislation to ensure applications are done in a safe manner.

“Alberta Environment and Parks continues to conduct routine inspections and respond to complaints about improper pesticide management or use,” Hamnett said in a statement to CTV News Edmonton.

“Alberta Environment and Parks conducts proactive inspections on a variety of activity types,” he added. “Some activities (e.g. drinking water facilities) are inspected more frequently than others.

“The department continues to respond to complaints, including those about improper pesticide management or use, and conducts reactive inspections to assess and address compliance issues.”

Ruiping Luo, Alberta Wilderness Association spokesperson, said in a statement that the results of the audit are concerning.

“(The) AWA is concerned by the potential harm that may arise from pesticide misuse and inefficient regulation,” Luo said. “We recognize the damage pesticides can cause to both human and wildlife health.

“The deficiency in oversight means a higher risk of inappropriate use and could have severe consequences for the environment.”