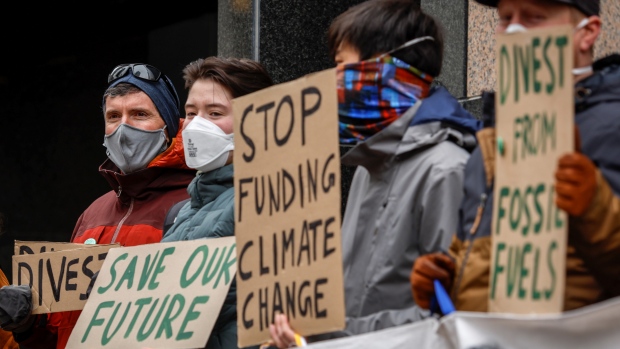 With the federal budget slated to be unveiled on Thursday, Environment and Climate Change Minister Steven Guilbeault says we could see more climate-related elements in the budget.

Speaking to Evan Solomon on CTV’s Question Period, he said it’s “fair” to say that new programs to fight climate change could be in the budget.

“I’m not the finance minister. I don’t know what will be in the budget, but it is possible that that there will be new elements announced in the budget,” Guilbeault said.

Earlier this week, the federal government announced a new emissions-reduction plan which includes $9.1 billion in new spending for climate programs. Guilbeault said allocating more money for climate initiatives is “certainly something we’re talking about” with the finance minister.

Ottawa has pledged to reduce emissions 40 per cent below 2005 levels by 2030 while striving to achieve net zero by 2050. However, emissions in the oil and gas sector are up 20 per cent since 2005 and Canada was the only G7 nation to see emissions go up.

Last November, during the COP26 climate summit in Glasgow, Prime Minister Justin Trudeau committed to imposing a hard cap on oil and gas emissions. It’s something that could be in place by the end of this year, Guilbeault says.

“We’re in the process of consulting provinces, territories, Indigenous leadership, obviously companies and other stakeholders,” he said.

When the federal carbon tax was created in 2018, the feds said the program would be revenue neutral as the cost burden on the tax would be outweighed by the tax incentive for most Canadians.

But last week, a report from the Parliamentary Budget Officer (PBO) that in the four provinces with a federal carbon tax, the program would represent a net cost of between $1,145 and $2,282 for the average household by 2030.

Canada’s carbon tax increased to $50 per tonne on Friday. With record-breaking prices at gas pumps, Alberta Premier Jason Kenney and Saskatchewan Premier Scott Moe have been calling on Ottawa to stop the carbon tax. Ontario MP Pierre Poillievre, one of the front-runners in the race for the Conservative Party leadership, has also been campaigning on getting rid of the carbon tax.

“The Parliamentary Budget Officer is right that the price is going to go up. But the PBO didn’t look at everything we’re doing. On electric vehicles for example, it’s way cheaper to operate an electric vehicle than the internal combustion engine,” he said.

“Electricity in most provinces in Canada is regulated so the price can go up and down like they do for oil. The Parliamentary Budget Officer didn’t look at everything we’re doing to help people reduce their energy cost at home,” Guilbeault added.

Despite the inflationary pressures affecting Canadians, Guilbeault also ruled out implementing any delays to further increases to the carbon tax, citing the floods and wildfires in B.C. that underscore the seriousness of the climate crisis.